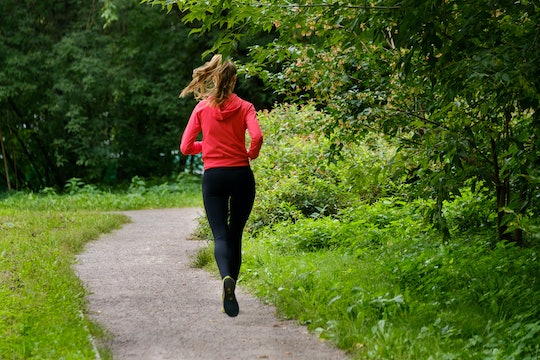 A "Mad Pooper" Won't Stop Pooping On People's Lawns, & They've Had It With Her Crap

When you have to go number two, you have go number two. At least, that seems to be the case with a runner in Colorado. According to Fox 12 Oregon, a woman running her way through one Colorado Springs neighborhood has been spotted dropping-trou in a few front lawns in broad daylight. One mother reported the jogger and her dirty deeds to law enforcement. As of Wednesday, police are still hunting for the "Mad Pooper," the nickname given to the defecating runner. You could even say their search is constipated.

Jokes aside, the case of the pooping jogger is actually traumatizing for some of the parties involved. According to Fox 12 Oregon, the Colorado mother, Cathy Budde, who reported the runner she dubbed the "Mad Pooper," learned about the first offense from her children. Budde told reporters that, the first time it happened, her kids came into their home screaming and crying about the lady "taking a poop" in the walkway. She told the station,

[S]o I come outside, and I’m like, 'Oh dear goodness!' I was like, 'Are you serious? Are you really taking a poop right here in front of my kids!? She's like 'Yeah, sorry!'

Budde thought that was the end of it, but...

According to KKTV 11 News, Budde claimed she caught the runner pooping by her home two other times, even though there is public bathroom access less than a block away. She said that the woman poops and runs at least once a week, and has been doing so for at least two months, KKTV 11 News reported.

The Colorado Springs mother believes the jogger's acts are intentional. She told Fox 12 Oregon that the runner comes prepared with napkins in her pockets. Budde also claimed that other residents caught the offending woman defecating in their yards and outside of a Walgreens, according to Fox 12 Oregon.

She posted up flyers around the neighborhood hoping the jogger would stop her crap (*winks*) but so far with no luck. Budde told KKTV 11 News,

I put a sign on the wall that's like 'Please, I'm begging you, please stop.' ... She ran by it like 15 times yesterday, and she still pooped.

The Colorado Springs Police Department asked Budde to snap photos of the "Mad Pooper" to spread the word about the incidents, according to Fox 12 Oregon. Officers also want her to stop before bringing indecent exposure and public defecation charges against her.

It's abnormal, it's not something I've seen in my career. For someone to repeatedly do such a thing ... it's uncharted territory for me."

Of course, most people couldn't imagine dropping their pants and going number two in front of someone's home mid-run. But, as Women's Health pointed out, there's a chance that the Colorado Springs jogger may suffer from Crohn's disease, a chronic inflammatory bowel disease affecting your intestines. During flare-ups, Crohn's disease make it hard to control your bowels, which means you may be forced unexpectedly to poop in very public places. If the jogger in question does have Crohn's disease, that could explain why she's armed with napkins and paper towels while on her run.

If that's true, it still doesn't excuse the runner's poop-capades. But the mere fact that Crohn's disease could be a factor in this case illustrates the very real need for public discourse on chronic illness and exercise.

Right now, the jogger is being shamed for doing her business on people's front lawns. But what if she truly can't help it? What if she can't make it those few feet to the public restroom? Should she really be ostracized, or helped instead? It's a tough situation, and hopefully law enforcement will sort it out before she strikes... or, um, squats again.