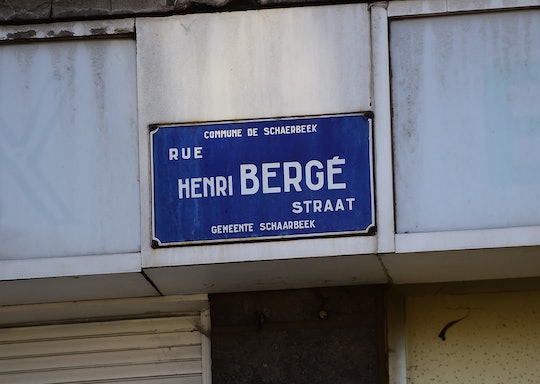 On Friday morning, Belgian prosecutors announced that they found what appeared to be the hideout used by suspected Paris attacker Salah Abdeslam, one of the terrorists who organized the Nov. 13 terrorism attacks in Paris and is still missing, according to the BBC. Investigators reportedly found bomb making materials and fingerprints inside of the apartment. The apartment is located on Rue Henri Bergé in the Schaerbeek neighborhood of Brussels, according to the BBC.

The raid took place on Dec. 10, and officials found bomb making materials, evidence of explosive acetone peroxide, and three handmade belts, which the attackers would have used to carry the bombs, according to Reuters. They also found fingerprints that match Abdeslam, who is still a fugitive. The New York Times reported that Belgian prosecutors also discovered that the apartment was rented under a fake name, which they know to have been used by one of the nine men already in custody for the attacks.

Abdeslam is the attacker that was stopped in a car with two other men near the Belgian border just after the attacks, but he was released, according to the New York Post. Friends of his allegedly told media that he was hiding out in Molenbeek, another neighborhood of Brussels, “desperately” trying to get to Syria. French authorities said that Abdeslam has already fled Europe, but Belgian officials maintain that there’s no real evidence he made it to Syria, according to CNN.

Immediately after the attacks, police focused their attention on Molenbeek, an area of Brussels known for it’s large population of refugees and history of being connected to terrorism, according to TIME. In fact, the borough's reputation was called into question in the days after the attacks, but many say it's also misunderstood, like Manchester United's Vincent Kompany who grew up there:

Abdeslam is suspected of driving the other attackers to the stadium on the day of the attacks, but they don’t know if he took part in attacks at any of the other six locations. Abdeslam's brother, Brahim Abdeslam, killed himself at the attack on a cafe. Police believe that while many of the attackers used the third floor apartment to prepare and plan the attacks, Abdeslam was the only one to briefly return to the apartment after the attacks, before going underground.

With the new evidence from the hideout, investigators may soon learn whether the fugitive actually made it to Syria, or if he fled elsewhere.