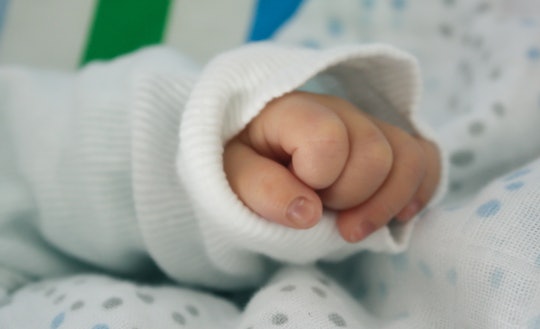 Sometimes it seems like there's only ever bad news being reported. Even in the midst of tragic events, both big and small, there's always a silver lining to be found. Fred Rodgers from Mr. Rodgers Neighborhood summed up this sentiment when he said "when I was a boy and I would see scary things in the news, my mother would say to me, 'Look for the helpers. You will always find people who are helping." Birmingham South Precinct officer Michelle Burton is the kind of helper Mr. Rodgers was talking about. Burton responded to a devastating 911 call where two parents overdosed, leaving their four young children on their own. When Burton arrived on the scene, the police officer immediately went into parent mode and comforted the scared children.

The children's father tragically passed away from the apparent overdose, while The Washington Post reports that their mother was administered a "life saving dose of Narcan by paramedics" on hand at the scene and then rushed to a hospital for further medical attention. Losing a parent under any circumstances is devastating, especially at a young age. The couple's four children — a 7-year-old girl, a 3-year-old-boy, a 2-year-old boy, and a precious 1-month-old baby girl — didn't just lose their parents, but witnessed the whole ordeal, as well. It's heartbreaking to think about, which is probably why Burton couldn't just walk away at the end of the night.

Burton was only two hours away from the end of her shift, The Post report noted, but instead of calling it and heading home, she let her husband know it was going to be a long night for her. She grabbed a bottle and infant formula and brought them back to the precinct with the children. Burton took the newborn baby into her arms, fed her a bottle, and comforted her until she fell asleep in the police officer's arms. One of her fellow officers captured a sweet snap of the two together.

Burton finally made it home around 4 a.m. Her husband, Brian Burton, shared the photo of his wife and the baby girl on his Facebook account accompanied by a loving caption:

Last night, my wife Michelle Burton told me she would be late getting off work because of call she was on where the parents of 4 small children had both overdosed. Michelle said the father was dead and the mother was critical. She spent the rest of the night taking care of these babies. She got home at 4 this morning. I've never seen her more beautiful than in this picture. What an incredible woman.

He wasn't the only one touched by his wife's compassion. His post quickly went viral and when Michelle woke up the next morning, it had been shared over 1,000 times.

Burton, who is a mother to two young boys herself, is known to her colleagues as the one to call when children are involved in a case. The police officer, though, doesn't think she's the only one of her colleagues with compassion to spare. "I actually have pictures of officers, male officers, like making baby bottles," she told The Washington Post, "We do what we have to do when we have to do it." Sometimes going in to parent mode is just part of the job description.

The four children were taken in to Child Protective Services and will be taken care of in lieu of their parent's absence. A social worker stayed with the children until 3am the next day just to make sure they felt safe and secure. Burton told The Washington Post that she felt "overwhelmed" by the amount of people who came together to help the four children.

In the midst of such a devastating event, it's comforting to see people show kindness and compassion to those in need. Like Mr. Rodgers said, you will always find people who are helping. You just have to look for them.