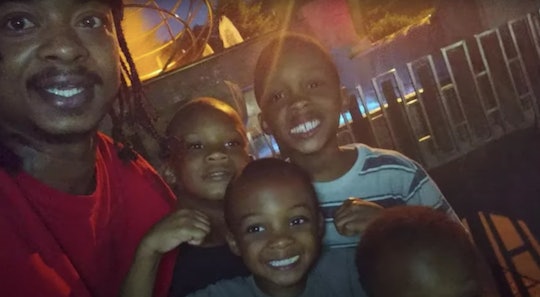 Protests erupted late Sunday after video surfaced online showing Kenosha police officers shooting a Black father whose children were nearby. According to Wisconsin state officials, that man was later transported to a local hospital, where he was reported to be in serious condition after he was shot in the back multiple times. But the police shooting of Jacob Blake has sparked outrage across the country, leading many prominent public figures to demand accountability and condemn police violence against Black people.

"Tonight, Jacob Blake was shot in the back multiple times, in broad daylight, in Kenosha, Wisconsin," Gov. Tony Evers wrote in a tweet published Sunday. "While we do not have all of the details yet, what we know for certain is that he is not the first Black man or person to have been shot or injured or mercilessly killed at the hands of individuals in law enforcement in our state or our country."

According to the City of Kenosha Police Department, Blake was shot around 5 p.m. when officers responded to a domestic incident. In a video recorded from across the street, Blake can be seen stepping off the sidewalk and walking around the front of his SUV to the driver-side door as two officers follow close behind him with their guns drawn. When Blake opens the door of the vehicle one of the officers grabs the back of his shirt and appears to open fire on Blake from behind. Multiple shots can be heard in the video, although it is not immediately clear how many of the involved officers opened fire.

In a statement released Sunday, an attorney retained by Blake's family said Blake was walking to his vehicle to check on his three children who were inside. "His three sons witnessed their father collapse after being riddled with bullets," civil rights and personal injury attorney Ben Crump said. "[The police officers'] irresponsible, reckless, and inhumane actions nearly cost the life of a man who was simply trying to do the right thing by intervening in a domestic incident. It's a miracle he's still alive." Crump also clarified that Blake had been "helping to deescalate a domestic incident" when police arrived and drew their weapons on him.

While news of Blake's shooting sparked protests in Kenosha, it also sparked nationwide outrage, including from many prominent public figures. "We shouldn't have to see one more video of a Black human being brutalized and/or gunned down by police in a clear case of excessive or unwarranted force," Bernice King, the youngest daughter of civil rights leader Martin Luther King Jr., tweeted late Sunday.

"Anybody who doesn't believe we are beyond a state of emergency is choosing to lack empathy and awareness." King, a minister, later tweeted, "Live, Jacob Blake" along with a prayer hands emoji.

Best-selling author, historian, and race scholar Ibram X. Kendi also took to Twitter to discuss Blake's shooting. "Seven shots in the back. Seven shots. Seven. In the back. For breaking up a fight. I'm undone," Kendi tweeted. "Shot in front of his children. I'm undone. As #JacobBlake fights for his life, his kids are fighting off their trauma. I'm undone."

A number of politicians also spoke out against the police-shooting of Blake, including Democratic 2020 presidential nominee Joe Biden. "Yesterday, Jacob Blake was shot seven times in the back by police," Biden tweeted Monday. "His kids watched from the car. Today, we woke to grieve yet again. We need a full and transparent investigation."

Fellow 2020 presidential hopefuls Sens. Bernie Sanders and Elizabeth Warren also joined Biden in speaking out against Blake's shooting. "The police who shot Jacob Blake in the back seven times must be fired, arrested and prosecuted to the fullest extent of the law," Sanders tweeted. "Congress cannot wait any longer to act forcefully to end the horrific violence against Black Americans at the hands of police."

In her own tweet, Warren said she was holding Blake's children in her heart today and hoping for a full recovery. "Police brutality is a daily threat to Black lives," she added. "We must demand accountability."

On Monday, a family member took to Twitter to report Blake was out of surgery and in the intensive care unit. A GoFundMe campaign has been started to help Blake's family raise money for his medical bills, legal representation, and to cover the cost of therapy for his children.