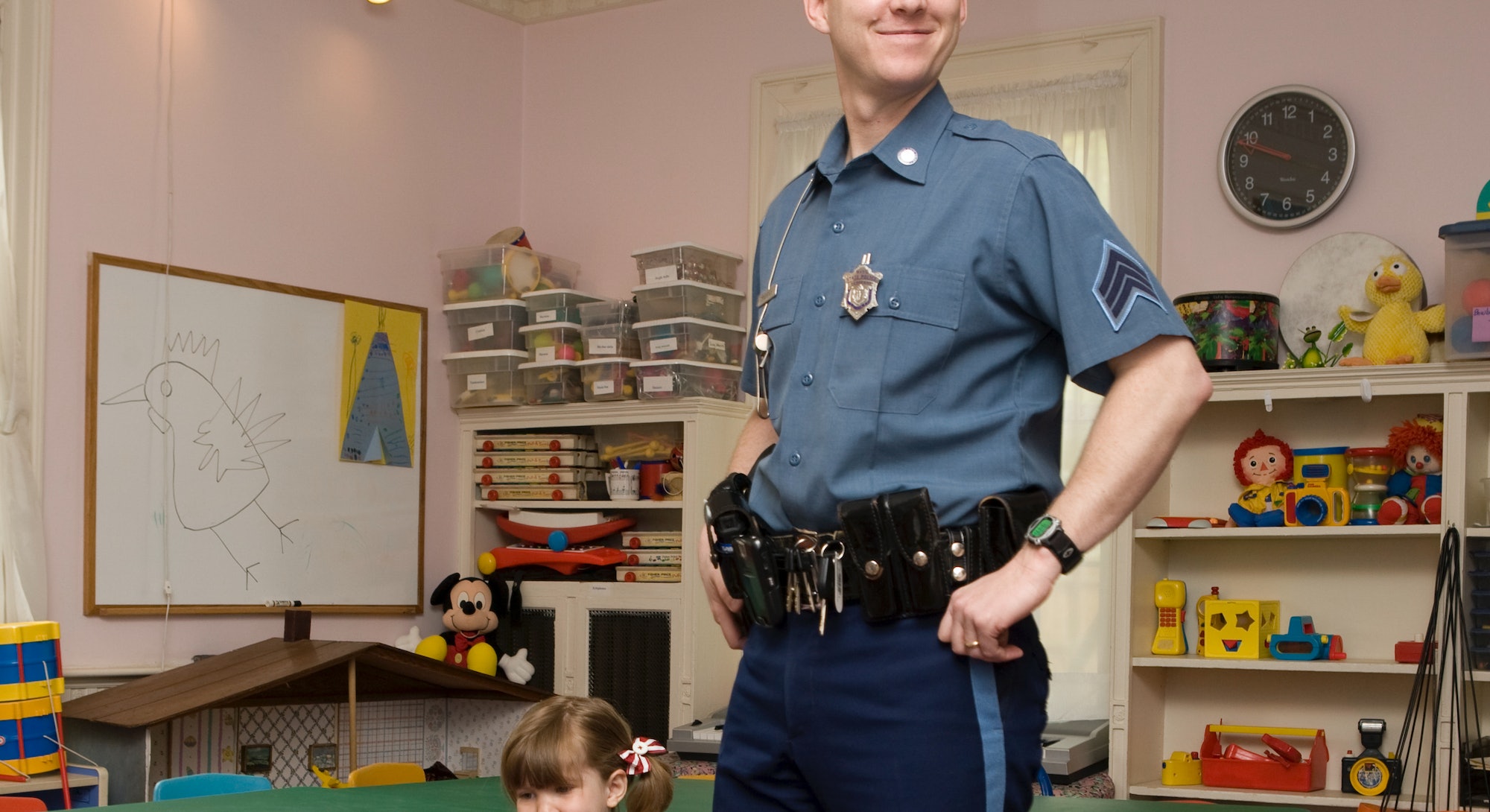 If You Wonder How Police & Teacher Funding Stack Up, These Numbers Paint A Picture

When you think of “community” you probably think not just of your friends and neighbors but the services and organizations that allow your community to function. Firefighters, local government, and, of course, schools and police. Yet in recent weeks, calls to defund the police have grown louder and more numerous. (For the moment, nevermind the nuances and distinctions between “abolish” and “defund.”) But what, exactly, would be defunded? What do police budgets even look like? How do they compare to other expenditures? And how do we put those numbers into context?

To give an idea of scope, we compared some police spending to another budget that gets a lot of ink and airspace: education. The following numbers are a mixture of national averages — which for both law enforcement and education spending can vary wildly from state to state — and municipal, since most police and education spending is funded locally rather than federally. To keep everything apples to apples, we decided to use The Big Apple as an example, since New York City boasts the largest school system and police force in the country.

The average teacher salary in the United States according to the National Center for Education Statistics. While this varies from state to state — New York pays teachers almost twice as much, on average, as Mississippi — just over $60,000 is not only the average but also what most teachers can probably expect.

The average police salary in the United States, per the Bureau of Labor Statistics. The range of salaries is significant. In California, the average officer salary is $105,220 a year. In Mississippi, it’s $36,290. It should be noted, however, that these numbers represent base salary. Overtime pay can, in some cases, significantly increase or (in rare cases) even surpass an officer’s salary.

The national average increase in a police officer’s salary over the last five years, per analysis of BLS data by Forbes.

The national average decrease in a teacher’s salary since 1999, per the NCES.

NYC Police budget for 55,000 employees — officer and civilian — in 77 precincts. (This does not include the Department of Corrections $1.32 billion budget.)

The amount the New York City Department of Education spent on Special Education discrimination settlements in 2019, per the Office of the Comptroller. The suits were brought against the DOE by families whose children who either did not receive services mandated by their Individual Education Plans or were not given equal access to education. Of the settlements, city council member Mark Treyger has said “if we continue ignoring the service gaps in our system … these figures will only continue to grow. I believe we need to in-house these services, building schools and hiring the licensed personnel to better meet the needs of all our students and save taxpayer money.”

The amount paid out in 2019 by New York City in settlements related to civil suits filed against the NYPD, per the Office of the Comptroller. These suits included charges of false arrest, excessive or unwarranted use of force, or failure to intervene.

The average annual teacher pension in New York according to TeacherPensions.org. This is significantly higher than the national average of $28,160. Sadly, most new teachers in the United States will not qualify for a pension and many who do will not qualify for full pension.

The average annual pension for a New York City police officer. (Self-reporting from just under 5,000 retired officers on GlassDoor.com suggests the national average may be closer to $51,000.) However, since pension is generally calculated based on salary and actual earnings (in New York City, for example, final average salary is based on average wages earned during any three consecutive calendar years that provide the highest average wage, including overtime and other considerations) this number can be substantial. According to reporting by The New York Post, as of last year, three quarters of retired Suffolk and Nassau County officers in New York received six-figure pensions annually.

Value of surplus military gear that police departments across the country have received since 1990. The 1033 Program allows law enforcement to apply for grants of supplies the military either no longer needs or never actually needed in the first place. They do not pay for the items themselves, but do have to cover shipping, storage, and maintenance. Some items that have been included in this program include first aid kits, hand-warmers, laptops, trucks, night vision goggles, ammunition, military rifles, and mine resistant vehicles, to name a few.

The amount the average teacher spends of their own money for classroom items, per an analysis of data from the past decade by the Economic Policy Institute. The vast majority of this will not be reimbursed.