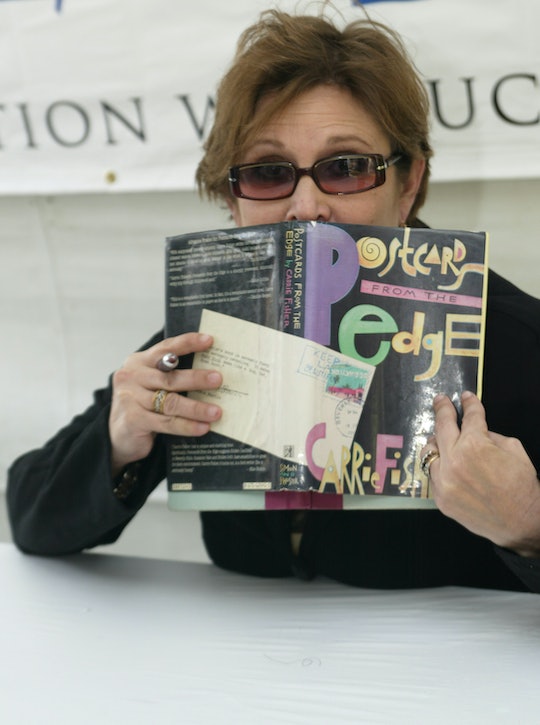 'Postcards From The Edge' Quotes You Should Read

While most people know her as Princess Leia from Star Wars, Carrie Fisher was also an accomplished author of novels, film scripts, and several memoirs. One of her most popular books was actually a combination of memoir and fiction. It did so well that it was adapted into a feature film starring Meryl Streep. In remembrance, here are some of the most memorable quotes from Carrie Fisher's Postcards From The Edge.

Fisher's struggles with drug addiction and mental illness were well-known throughout her life because she was so transparent about them. In being open and honest about what she went through not just as an addict, but as a recovering addict, she gave many people hope for healing. The quotes are incredible. According to Goodreads:

In her novel Postcards From The Edge, Fisher told the story (and in many ways, her own) of an actress named Suzanne Vale who struggles to put her life back together after a drug overdose.

I shot through my twenties like a luminous thread through a dark needle, blazing toward my destination: Nowhere.”

My life is like a lone, forgotten Q-Tip in the second-to-last drawer.”

What worries me is, what if this guy is really the one for me and I just haven't had enough therapy yet for me to be comfortable with having found him.”

Life is a cruel, horrible joke and I am the punch line.”

There are two things that I know for certain guys are good for: pushing swings and killing insects.”

The book, and its film adaption, explores the reality of drug addiction, rehab, and recovery with the kind of biting humor and honesty that Fisher was so well known for in her day to day life.

She wanted so to be tranquil, to be someone who took walks in the late-afternoon sun, listening to the birds and crickets and feeling the whole world breathe. Instead, she lived in her head like a madwoman locked in a tower, hearing the wind howling through her hair and waiting for someone to come and rescue her from feeling things so deeply that her bones burned. She had plenty of evidence that she had a good life. She just couldn’t feel the life she had. It was as though she had cancer of the perspective.”

The first part of the book is told from Vale's perspective, mostly through letters and diary entries. The rest is told in classic third-person, and allows the reader to see not just Vale's internal struggle, but how she impacts those around her.

In the film, directed by Mike Nichols, Vale is portrayed by Meryl Streep, and her mother (who is supposedly somewhat loosely based on Fisher's mother, actress Debbie Reynolds) is played by Shirley Maclaine.

You know how I always seem to be struggling, even when the situation doesn't call for it?”

I envy people who have the capacity to sit with another human being and find them endlessly interesting, I would rather watch TV. Of course this becomes eventually known to the other person.”

From here on out, there's just reality. I think that's what maturity is: a stoic response to endless reality. But then, what do I know?”

The only thing worse than being hurt is everyone knowing that you're hurt.”

Clearly inspired by Fisher's own experiences, and told with her wit and wisdom, it's an intense and honest beginning to a much-needed dialogue about mental illness and addiction. The book, which came out in 1987, will be celebrating its 30th anniversary this year and is still as relevant as ever.