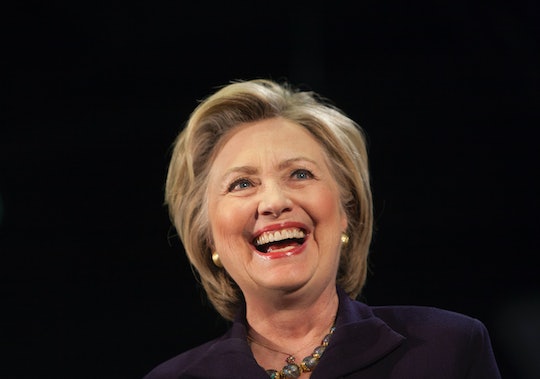 Everyone, there is just two more months until the Democratic National Convention — have I scared you yet? On the last week of July, we will definitely know who the democratic nominee will be (between Hillary Clinton and Bernie Sanders) but also, perhaps one of the most pressing issues of the convention — who the vice presidential pick would be. As Hillary Clinton gets closer to securing the nomination, these potential Hillary Clinton vice president picks give a glimpse into what a Hillary Clinton presidency might look like.

How close is Hillary Clinton to securing the nomination? Pretty close. Even though Bernie Sanders won back to back victories in Indiana and West Virginia and there are 11 primary election states left, Clinton is well on her way to becoming the democratic nominee. With her 524 super delegates, Clinton has a total of 2,240 delegates and Sanders has a total of 1,473 delegates. Only 2,383 delegates are needed to win the nomination which, in turn, makes Hillary Clinton incredibly close to winning the nomination.

What does this mean? It means that Hillary Clinton has to start thinking about who a potential running mate might be for her — and she probably already has. While a Hillary Clinton vice president short list has not leaked, there has been some speculation over a potential VP. Here are some suggestions of potential picks.

Despite being each other's serious and close competition, could Sanders join Clinton as a potential running mate? Don't count the pairing out. According to The Washington Times, Sanders recently indicated that he'd be willing to take Hillary's VP slot, if offered.

"Right now we are focused on the next five weeks of winning the Democratic nomination," Sanders told CNN. "If that does not happen we are going to fight as hard as we can on the floor of the Democratic convention to make sure we have a progressive platform that the American people will support. Then, after that, certainly Secretary Clinton and I can sit down and talk and see where to go from there."

Earlier in the year, there had been a lot of discussion as to whether or not Secretary for Housing and Urban Development, Julian Castro, would become Hillary Clinton's running mate. Castro had joined Clinton on the campaign trail to three different states in January and was looking like the best running mate scenario. According to Politico, Castro has a record for that is distinguished for nothing going wrong and would be a nice balance to Clinton.

However Castro recently denied any allegations of being a potential pick. Despite endorsing Clinton earlier this year, when asked by CNN if he would accept a spot on Clinton's presidential ticket, Castro responded "that's not going to happen." Castro told CNN that he had not been in contact with the Clinton campaign and that he will be in Texas next year, where he resided before joining the Obama administration. But Castro could also just be playing coy.

Could the Clinton presidential ticket be shared with another woman? Some would like to think so. According to The Cut, several Clinton aides say that they would love to see Warren as Clinton's VP and that they're pushing for Warren to get the nomination. Warren is fiercely democratic and would cinch in the democratic vote with her views. Heck, there is even a Facebook fan page dedicated to the potential ticket with 5,000 likes. But unfortunately, Warren does not think the job is for her.

In an interview with Mic, Warren told the website that she loves her job as a Massachusetts senator and that she is "not thinking about another job." The Washington Post also reports that there is no established rapport between Clinton and Warren which is absolutely necessary when picking a Vice Presidential candidate.

According to Rolling Stone, Booker is one of the most frequently named potential VP picks alongside Julian Castro. And now that Julian Castro has said that he is not on the shortlist for Clinton's pick for Vice President, could Booker be the guy, instead?

Booker is a pretty cool guy. As mayor of Newark, Booker saved a woman from a burning building and physically shoveled snow from a man's driveway after his son tweeted that his father could not leave his home. This proves that Booker is relatable to people and could give the Clinton campaign a warmth to it that so many believe it currently lacks. Booker's background would also diversify the Clinton ticket and he seems to have a pretty healthy relationship with Clinton. Plus, he has not counted himself out of the running, which is pretty good news, too.

Finally, Tim Kaine could potentially be Clinton's choice for vice president as his name continues to be thrown around more and more, especially during the month of May. According to Newsweek, the odds of Clinton picking Kaine to be her VP is 3:1 — and that's a pretty good shot. Kaine could have some serious pull in battle ground states and is also very skilled in foreign policy.

He is, however, pretty moderate which could hurt Clinton's very progressive campaign. According to The Washington Post, however, Kaine is the right balance to Clinton and had been considered to run with Hillary during the 2008 election.

While there are already a lot of names to consider in the running, there will be so much more buzz the closer we get to the Democratic National Convention in July. For now, get familiar with these names because you might be hearing Vice President attached to the front of any of them within the year.