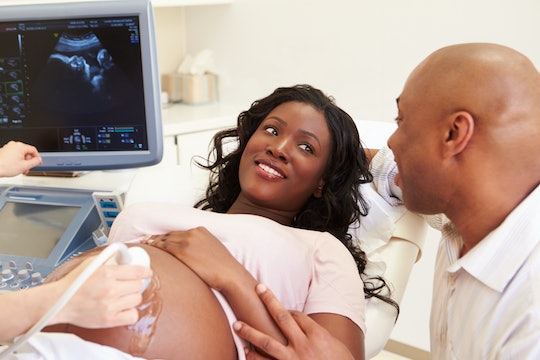 Ask anyone who has been pregnant and they'll tell you that, in some ways, it's a life-long thing. Sure, you're not technically pregnant for the rest of your life, but it does have lasting effects on your body. For anyone who ever doubted those testimonies, there's finally more research to back them up. According to a new study, pregnancy disorders can lead to more hot flashes in the future.

Although both of these disorders can essentially go away after pregnancy, it doesn't mean that they have no lasting impact. Now, researchers are looking into how disorders experienced during pregnancy have some sort of impact on women later in life.

A new study looked into the effect that histories of hypertensive disorders of pregnancy and gestational diabetes may have on women during menopause. The study's findings will be presented during The North American Menopause Society (NAMS) Annual Meeting in San Diego, Oct. 3-6, according to Medical Express.

For the study, researchers worked with data from more than 2,200 women who participated in the Study of Women's Health Across the Nation (SWAN). And, according to Medical Express, researchers concluded that hypertensive disorders of pregnancy and gestational diabetes may be associated with a greater number of hot flashes.

Dr. Rhoda Conant, lead author of the study from the University of Oklahoma Health Science Center, said, according to Medical Express:

"This study further underscores the importance of pregnancy complications such as gestational diabetes and pre-eclampsia for later health, particularly cardiovascular health at midlife. Women with a history of these pregnancy disorders were heavier and more likely to be taking lipid-lowering medications and diabetes medications."

Cardiovascular illness has been on the rise in women, as noted by Web MD. In fact, according to the Texas Heart Institute, cardiovascular disease affects more women than men, and is responsible for more than 40 percent of all deaths in American women. Knowing this, the importance of study's examining how pregnancy disorders play out long-term cannot be understated.

Overall, this study highlights how necessary it is to understand pregnancy as something that continues to impact people throughout their lives.