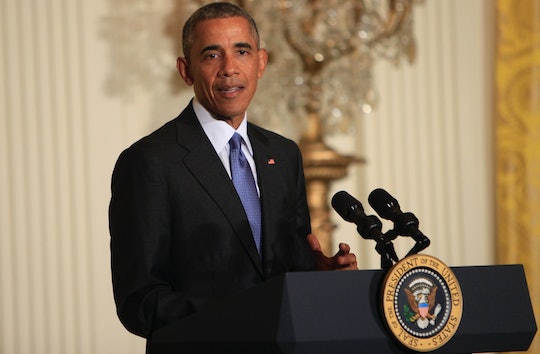 On Monday, President Barack Obama announced a ban on solitary confinement for juveniles and low-level offenders in the federal prison system, according to the White House website. The president’s reforms would impact roughly 10,000 people currently held in federal prisons, the Washington Post reported, and improve the chances that those released from federal institutions will be ready to reintegrate into society. And while most of those who stand to benefit from the federal reforms are adults charged with nonviolent crimes or dealing with mental health issues, the announcement signifies an important change in attitudes around youth confinement, and could have a major impact in state and local prisons where the majority of young people are detained.

The federal ban comes just six months after Obama ordered the Justice Department to study how solitary confinement was being used in the federal prison system, according to the Post. In a Facebook post introducing his executive action, Obama explained what came of that research and why the federal policy on solitary confinement was due for an overhaul. “As many as 100,000 people in America are being held in solitary confinement – including juveniles and people with mental illnesses,” Obama said in the post. “Research shows it can potentially lead to devastating psychological consequences. The overuse of this tactic doesn't make us safer - it's an affront to our common humanity.”

Here's why Obama's move to ban solitary confinement for youth is so important.

In an op-ed for the Post, Obama told the story of Kalief Browder, a young man from the Bronx who was accused of stealing a backpack. At age 16, Browder was sent to Rikers Island to await trial, where he was reportedly brutalized by inmates and guards and spent more than two years in isolation. Browder was released in 2013, but struggled to overcome the trauma of his time at Rikers, Obama wrote. Browder committed suicide in 2015 at just 22 years old.

Browder’s story is far from unique, according to Solitary Watch, a nonprofit focused on educating people about the widespread use and impact of solitary confinement. According to its website, children and teens are up to 19 times more likely to commit suicide when placed in isolation compared to general population. In an op-ed written for the Post last year, Ian Kysel, adjunct professor of law at Georgetown University and a fellow at Georgetown’s Human Rights Institute, explained why solitary confinement is highly correlated to suicide and self harm — and the risks are even more profound for children and teens:

I have interviewed scores of young people who were held in jails and prisons alone for 22 to 24 hours a day. These children were kept in solitary confinement for days, months and even years. This treatment can be devastating for anyone. But it is particularly dangerous for children and teens, whose brains and bodies are still developing and who are therefore at particular risk of physical and psychological harm. Dozens of young people told me about losing control while in solitary, about harming themselves and even attempting suicide.

The New Rules Could Act As A Model For State Prison Reform, Which Touches A Larger Number Of Youth

While Obama’s plan is good news for youth held in federal prisons, it’s unlikely to have a direct impact on the majority of youth held in America’s prison facilities. The Washington Post reported that out of the 10,000 federal inmates currently serving time in solitary confinement, officials confirmed that just 13 were juveniles.

While gaps in national reporting mean no one knows exactly how many inmates are held in isolation at any given time, it’s clear that more youth are held in state and local institutions than at the federal level. Kysel told the Post that children are put in solitary confinement in jails across the U.S. For example, he pointed to a federal investigation of Rikers Island that discovered the Rikers had sentenced 3,158 prisoners age 16-18 to a total of 143,823 days in solitary confinement between March 2012 and November 2013. Most served an average of 45 days, though some spent hundreds of days in isolation.

By defining a number of guiding principles for treatment of children and nonviolent offenders, Obama could cause states to rethink prison policies. In an interview with the Washington Post following the President’s announcement, Amy Fettig of the American Civil Liberties Union said that normally the federal prison system lags behind state reform efforts. She called Obama’s decision to change federal inmate isolation rules “absolutely huge":

We rarely have presidents take notice of prison conditions.

Certainly, Obama’s plan to end isolation in favor of less restrictive, more humane — and more transparent — inmate sanctions is good news for prison reform advocates. But perhaps the best news is that, after decades of debate over how prisons should treat children, officials finally have a clear standard for what is and isn’t acceptable. And that new clarity could literally mean the difference between life and death for thousands of American kids.