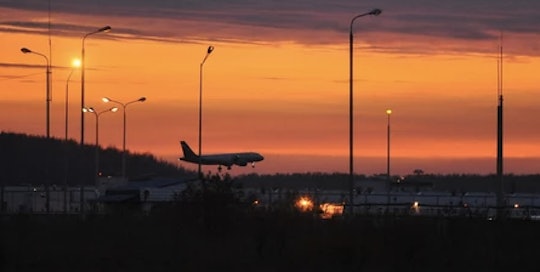 Although Metrojet 9268 was only on the ground for an hour, investigators are not ruling out the theory that an ISIS bomb downed the Russian plane. Even President Obama acknowledged the possibility of a bomb during a radio interview with KIRO radio on Thursday, though he stressed that it's too early in the investigation to make any definitive pronouncements, and that forensic clues will reveal the source of the explosion in time. While veteran intelligence and forensic investigators are searching through physical evidence to piece together clues, the U.S. is reportedly considering security measures.

So what does it mean that President Obama is directly weighing in on Metrojet? The U.S. might be stepping up its role in the investigation. White House Press Secretary, Josh Earnest, gave a brief following President Obama's KIRO radio interview, speaking to this very point. In the brief, Press Secretary Earnest emphasized that new screening procedures are being considered by Homeland Security for U.S. bound flights, originating overseas. In the KIRO radio brief, President Obama made sure to emphasize that "we do things differently over here," and U.S. vigilance in on high alert.

As reported earlier, U.S. officials are currently assessing the evidence gathered before and since the plane crash on Saturday. While the investigation continues at both the crash site and the Egyptian airport, British authorities have cancelled all flights to and from Sharm el-Sheikh, Egypt.

More Like This
Teacher Shot By 6-Year-Old Student Told School He Had A Gun, Was Told To "Wait"
A Dad Asked Reddit If His Wife’s “Casual” At-Home Wardrobe Was Setting A Bad Example
Chrissy Teigen Shares First Photo Of Esti & Now We All Have Baby Fever
Mom Gives Birth To Record-Breaking 16-Pound Baby