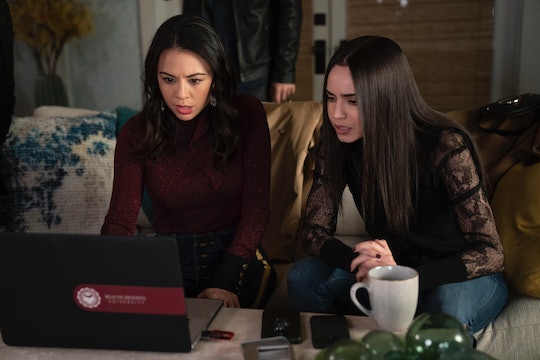 Are you sitting down? I have some pretty upsetting news to share here and I don't want anyone to fall from the shock. Pretty Little Liars is leaving Netflix in July and as you can probably guess, fans are not talking the news well at all.

I don't blame them. Networks are beginning to plan for their own streaming services and that means Netflix is slowly but surely losing its unoriginal content. Pretty Little Liars is one of the hardest titles to see leave, because it's such delicious content to consume on a lazy Sunday afternoon, for example. For what it's worth, Netflix is doing it's very best to make sure fans of the show are prepared for its exit. The official tweet announcing the news reads, "7 seasons, 160 episodes, 125 threatening texts, 10 A’s, and too many lies to count On July 27, we have to say goodbye to Pretty Little Liars on Netflix in the US. You have six weeks to rewatch but if you want to go all Mona on it, it’ll take 6 days & 16 hrs to watch it in one go."

So there's all the info you need to plan watch parties with your friends and make sure you don't miss a single twisty-turny moment. Twitter isn't exactly at the "acceptance" stage of grief yet though, and I totally understand.

I don't know who made the decision, but it has more to do with contracts expiring than someone deciding they are over "A" on a whim. That's not going to stop fans from trying to keep their show on the popular streaming site. They started a petition to keep the show on Netflix and it already has 7000+ signatures and a whole lot of passionate tweets behind it.

"[Fans] will not have any other way to watch [Pretty Little Liars] considering Netflix is one of America’s most popular streaming services. Eventually this will spread to other countries as well," the Change.org petition reads in part. I certainly admire the effort, and tweets calling for the change certainly don't lack heart.

There is a little bit of hope, as Netflix has reportedly paid millions to keep shows like Friends on the site through 2019. I won't lie, that's a long shot in my opinion. It's more likely that WarnerMedia will keep PLL in its back pocket for when its own streaming service launches. If it's just too hard to wait, you can always watch (or re-watch) Pretty Little Liars: The Perfectionists Season 1. Freeform hasn't yet made a decision about the spin-off's future, but there is hope. The Perfectionists Season 1 reportedly achieved better ratings than a similar Freeform drama, The Bold Type according to PopSugar. The latter was renewed for Season 4 during Freeform's upfronts presentation.

If none of my suggestions are working for you and you really believe you'll never see Spencer, Hanna, Aria, Emily and Alison again I suggest you take the time to really say goodbye — out loud. I'm serious. The Pretty Little Liars cast did it for Teen Vogue on YouTube, and I think it's a genius way to let your feels out when angry tweets aren't doing the trick.

If you're still upset, try asking for a hug. I would give you one if I could but also, I promise you Netflix has enough great content to fill the PLL-sized hole in your heart.