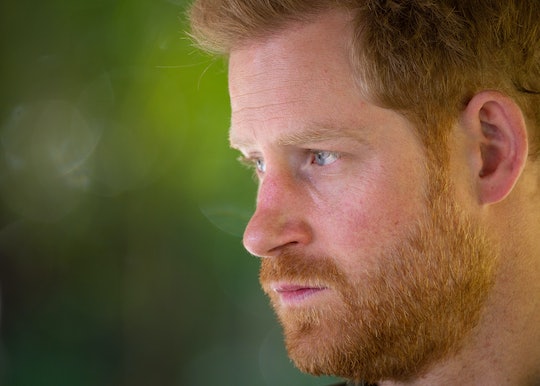 Decades after his mother walked through a minefield in Angola, Prince Harry has honored Princess Diana's legacy by retracing her steps in the Southern African nation and continuing her fight against landmines. The Duke of Sussex walked through a working de-mining site Friday, before visiting the site — now part of a thriving community — where his mother had taken a similar walk 22 years ago, a statement shared on his official Instagram account revealed.

"The Duke is humbled to be visiting a place and a community that was so special to his mother, and to recognize her tireless mission as an advocate for all those she felt needed her voice the most, even if the issue was not universally popular," a statement shared on the Duke of Sussex's official Instagram account read.

Princess Diana caught the world's attention in 1997 when she walked through a minefield that had yet to be fully cleared in an effort to raise awareness about the landmine crisis during a visit to Huambo, Angola. At the time, Diana was working with Halo Trust, a non-partisan charity that works to remove debris and landmines left behind after wars.

To continue his mother's work advocating for the removal of dangerous landmines, Prince Harry visited a de-mining site in Dirico, Angola, on Friday where he remotely detonated a mine, according to the statement. He then traveled to Huambo to see how the working de-mining site his mother had walked through 22 years earlier had since been transformed. Due to Halo Trust's ongoing work, the minefield where Diana once walked is no more. Instead, a statement released on the Duke and Duchess of Sussex's Instagram noted "the area has transformed from desolate and uninhabitable to lively and vibrant, with colleges, schools and small businesses."

Speaking in Huambo, Prince Harry hailed the transformation as what's possible when the deadly and dangerous remnants of war are finally removed. "Being here on this transformed and bustling street, the site where my mother once walked through a live minefield, shows the tremendous impact that clearing landmines has on communities and most importantly their futures," he said, according to NBC News. "But let us not lose sight of the reality. There are still more than 1,000 minefields in this beautiful country that remain to be cleared and I wonder if [my mother] was still alive today if that would still be the case. I'm pretty sure she would have seen it through."

Although Prince Harry's visit to Angola on Friday held special meaning, it is not the first time the royal has worked with Halo Trust. He first partnered with the organization in 2011 during a visit to minefields they were clearing in Mozambique, according to a Halo Trust press release dated Jan. 28, 2011. He then worked with Halo Trust again in 2013, this time in Angola, CNN has reported.

But according to a statement shard on his social media, Prince Harry's most recent visit to Angola enabled him "to see the legacy of [Diana's] work and how her connection with this community helped make the elimination of landmines a reality." Talk about touching.