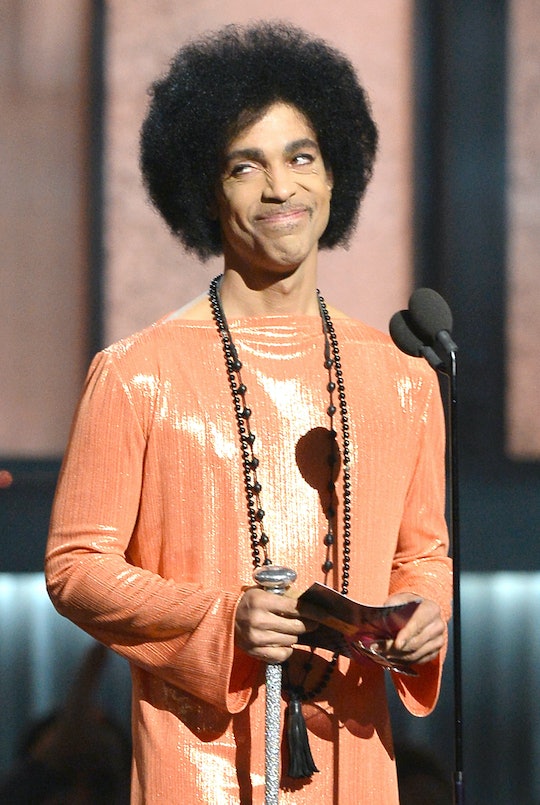 Prince had an oversized impact on so many facets of pop culture, from music to fashion to self-styled hieroglyphics to how recording artists are compensated for their work. As fans mourn his loss, many are turning to his music for comfort, and perhaps no song is more fitting at this moment than 1984's "Let's Go Crazy," which opens with a somber organ and the spoken words "dearly beloved," even more poignant after Prince's death, as it evokes a funeral mass ever-so-briefly before shifting gears and turning into a peppy party anthem.

But stick with the lyrics and you'll see that it wasn't about about partying, it was about enjoying your time here on Earth, however brief and occasionally painful it may be: "You better live now/Before the grim reaper come knocking on your door." Even though times can get tough, there's always a silver lining: "If you don't like the world you're living in/Take a look around you/At least you got friends." And as for how he felt about death, the Jehovah's Witness wasn't shy about sharing his beliefs: "But I'm here to tell you/There's something else/The afterworld/A world of never ending happiness/You can always see the sun, day or night." Prince was committed to finding joy in whatever plane he was inhabiting.

It's an ongoing theme in Prince's music, one he previously touched on in 1982's 1999. In advance of the year 2000, which some thought would be the end of time, Prince's position was that "Life is just a party/And parties weren't meant too last." Why spend your time worrying about the end when it's not here yet? He wasn't being vague, either: "We could all die any day/But before I'll let that happen/I'll dance my life away." Not a bad way to live your life.

But Prince wasn't just about living in the moment. Not content to just enjoy the world, he wanted to improve it, as evidenced by his anti-Cold War song "Ronnie Talk to Russia" (1981), or his Black Lives Matter track, "Baltimore," which invokes the names of Michael Brown and Freddie Gray, and pleads for peace, which Prince calls "more than the absence of war." He then advocates for "tak[ing] all the guns away," and reminds us, "Enough is enough, it's time for love."

For those who wish to honor Prince's life, don't hole up and cry tonight. Don't let the elevator bring you down. Go out and make a difference in the world while you still can, and then go ahead and go a little crazy. It's only fitting.