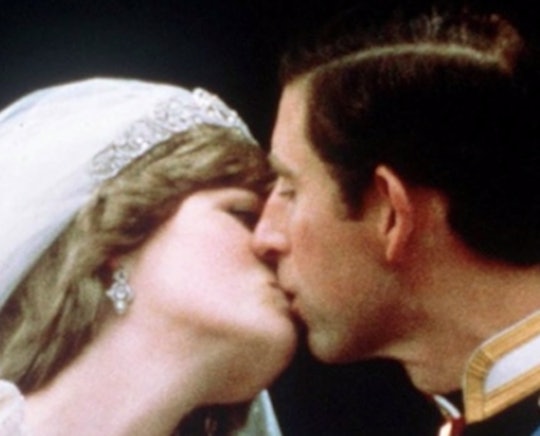 Princess Diana's death was more than 20 years ago, so sometimes it's easy to forget her impact on the royal family. Prince Harry and Prince William seem determined to carry on her legacy, between clearing landmines, a philanthropic passion of hers, to their focus on mental health, something she struggled with, to their close relationships with their own kids, something she fostered within the Windsor clan. But while the "People's Princess," as she came to be called, was known for her parenting, marriage was where she struggled. Princess Diana's quotes about Prince Charles show how the couple dealt with their turbulent partnership.

As website Elite Daily reported, Diana (and Charles) have enough interviews to paint a picture of an extremely turbulent marriage, and one that clearly had been decreed due to duty rather than destined due to true love. Theirs reads more like a cautionary tale rather than the fairy tale it should have been: handsome prince and heir asks young beautiful blonde to become his princess, with a ceremony in 1981 at London's St. Paul's Cathedral, as the website noted, a ceremony that became the model for all future royal weddings, from the kiss on the balcony to the ultra-long train.

Though the couple certainly looked dashing together, Diana's many stories showed that there were signs from the beginning that the relationship was going to be very difficult, if not totally doomed.

"He said: 'Will you marry me?' and I laughed," the website noted that the princess much later told her official biographer, Andrew Morton. "I remember thinking, 'This is a joke,' and I said: 'Yeah, OK,' and laughed... He said: 'You do realize that one day you will be queen.' And a voice said to me inside: 'You won't be queen but you'll have a tough role.' So I thought 'OK,' so I said: 'Yes.' I said: 'I love you so much, I love you so much.' He said: 'Whatever love means."' Ouch!

While the wedding looked absolutely storybook, behind the scenes, Diana allegedly had doubts even at the ceremony — a sure sign that it's not going to last forever. "As I was walking down the aisle of St. Paul’s on my father’s arm, I thought, ‘What on Earth am I doing here?’" she allegedly said some time later to lover James Hewitt, as reported by Elite Daily.

Then there was the royal honeymoon, a time when a newly-hitched couple might be excused for being too into each other to communicate with the outside world. Not so for Diana, who had enough time to write letters on hers, allegedly penning on August 15, 1981 that "the honeymoon was a perfect opportunity to catch up on sleep," as website The Frisky recalled. Huh.

If you're already questioning love at the proposal, and he's just not that into you on the honeymoon, things can only go downhill from there, right?

Years into the marriage, the couple had gone their separate ways, with Charles allegedly reverting back to an affair with previous girlfriend (and now wife), Camilla Parker Bowles, according to Showbiz Cheatsheet. (Camilla is now well-respected as the Duchess of Cornwall; Diana allegedly also had affairs, the website added.)

“Well, there were three of us in this marriage, so it was a bit crowded," Diana summed up to the BBC in 1995, as Showbiz Cheatsheet recalled. Boom!

Diana also blamed the difficulty of having a troubled marriage under the glare of the spotlight for the eating disorder she developed. “My husband put his hand on my waistline and said: ‘Oh, a bit chubby here, aren’t we?’" the princess said in secret audiotapes that became the basis for Morton's book on her life, as Reader's Digest noted. 'That triggered off something in me.”

And while the one-time Princess of Wales didn't find marriage to be a bed of roses (she and Charles divorced in 1996, as Showbiz Cheatsheet confirmed), it seems one of her later quotes confirms that this fascinating figure did find greater meaning and purpose before her tragic death in a Paris car crash in 1997.

"People think that at the end of the day a man is the only answer," Good Housekeeping quoted the princess, who became active in HIV awareness and other causes, as saying. "Actually, a fulfilling job is better for me."

Princess Diana's life was cut short but there's a lot of inspiration to be found in her words over time, especially in the way she dealt with difficult circumstances but looked for an optimistic way forward.