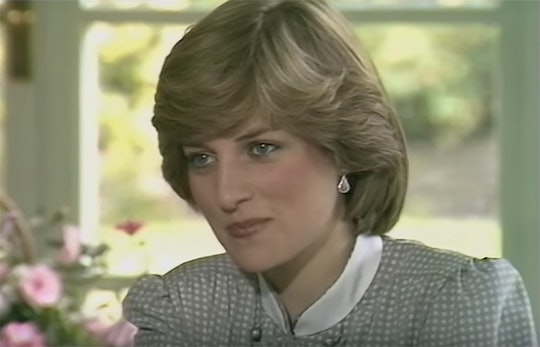 Princess Diana Parented Her Boys Like A True Cancer

Princess Diana died decades ago, but her legacy as the "People's Princess" lives on to this day. And not only is the royal remembered for her compassion and philanthropy, but she is also remembered for her hands-on parenting of the now grown Prince Harry and Prince William. But all of this does not come as a surprise, as being a caregiver may have been in her nature. In fact, Princess Diana's zodiac sign suggests that the late royal was an inherently kind, genuine, and compassionate mother.

Princess Diana, who was born on July 1, 1961, was a cancer. A water sign represented by the crab, cancers are able to switch seamlessly between emotional and material realms, according to Allure. As a mother, this means that Princess Diana was probably a natural nurturer.

Her maternal instincts were likely strong, which could have translated into her being a hands-on and protective mother. As a cancer, she would have reveled in everything about motherhood — from being pregnant to giving birth and watching her children grow, according to the astrology website Sun Signs.

Cancers are also known to create safe and cozy home environments that serve as personal sanctuaries, and are highly sensitive to their environment, according to Allure. As a mother, this could have translated into Princess Diana always being in tune with her family's needs.

Indeed, Prince William has previously described his late mother as someone who was always there for him, even after her death. "You know, there was times when you look to someone or something for strength, and I very much felt she was there for me," he said in the HBO documentary, Diana, Our Mother: Her Life and Legacy, noting that he felt her motherly presence even during his wedding to Kate Middleton, according to Yahoo! News.

In fact, Princess Diana was so in tune to her children's needs that she often found herself balancing her expressions of love and attention for the two. Royal insider Richard Kay told The Daily Mail that the late princess would supposedly tell him that she "had to" give Prince Harry more "love and attention" considering Prince William was already given "special attention" as the future king by the rest of the family. "Charles and I worked so hard to ensure both boys receive equal amounts of our time and love, others in the family seem to concentrate on William,” she reportedly told Kay.

Her enthusiastically giving nature and nurturing personality was not only evident in how she took care of her two children, but also in the way she cared for the people of Great Britain. Many say that she redefined the role of the monarchy in British public life, turning the royal family from being seen as stiff and elite to caring and loving. In her interview with BBC's Panorama in 1995, she was noted as saying, "I would like a monarchy that has more contact with its people."

This sentiment was also reflected in the amount of effort she poured into her charity and fundraising work, as she was at one point a patron of over 100 charities, according to Harper's Bazaar.

The late Princess Diana clearly was not only a cancer in how she raised her children and took care of her family, but also in how she looked after her country. The international icon will forever be remembered as the "people's princess" for good reason.

More Like This
No One Is Angrier About The Taylor Swift Ticket Disaster Than Moms
Why Meghan Markle Said She May Have To "Rethink" Her Parenting Style
Can We All Stop Talking About Jennifer Aniston's Uterus Now?
11 Sagittarius Nail Designs To Show Off Your Inner Archer