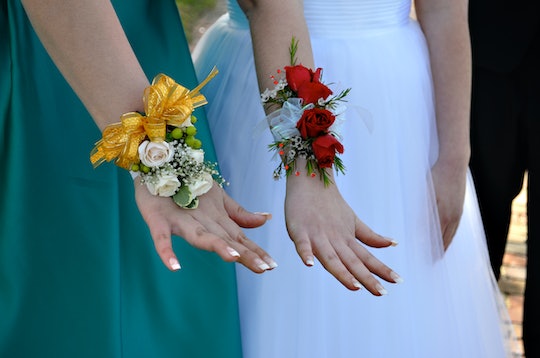 A high school principal in Shreveport, Louisiana, has moved to reverse a prom rule mandating girls' outfits be pre-approved after receiving extensive criticism. Earlier in the month, Southwood High School issued a directive to all females planning on attending the school's upcoming prom, demanding they submit photographs of their outfits for approval prior. While the school has since opted to drop the rule, critics have accused school officials of overreaching and policing female bodies.

According to NBC News affiliate KTAL, Southwood High School students were notified of the new rule earlier this month in a text alert from the principal. "As you begin shopping for your attire, please make sure you do not purchase any clothes that are sheer or revealing in any manner," Southwood High School Principal Dr. Kim Pendleton wrote to students, KTAL reported. "Also, make sure we not see excess cleavage or skin." Pendleton noted that her rules applied to "any female attending Southwood's prom," including any "off-campus dates" invited by male students.

But Pendleton then took things a step further when she instituted a rule requiring students get her approval before they purchased an outfit. "Prior to purchasing an outfit, I will need you to send me a picture of you in the outfit with your name and grade," she reportedly wrote. "Once I approve the outfit, you may purchase it. The approved outfit is the only one you will be allowed to wear to prom."

While Romper's request for comment was not immediately returned, Pendleton told TODAY Style that she'd been told of students dressing inappropriately at previous school events and enacted the rule in an effort to make sure parents and students "would not spend money on a dress which would be turned away for being inappropriate."

Many on social media found Pendleton's rule to be going too far. "It's not her place to do the parents' job," one person wrote on Twitter. "Is she the fashion/morality police? Is it only the girls this rule applies to? It's not 1950 and it’s a prom for crying out loud."

"Are we approving what the young men wear as well?" another commented.

The school has since opted to drop the rule. "Since that information was shared with students and families, within a day's time we changed the guidelines to lift the pre-approval requirement," Pendleton told TODAY.

Although the school had ultimately decided to reverse the rule, Pendleton claimed they'd received some positive feedback from families. "We still have families who have approached staff to ask for advice on whether their dresses would meet the guidelines," Pendleton said, TODAY reported. "To date, we have not denied any students' attire and instead have received positive feedback from our parents who are proud of the school for taking a stand to ensure prom is an encouraging, wholesome event."