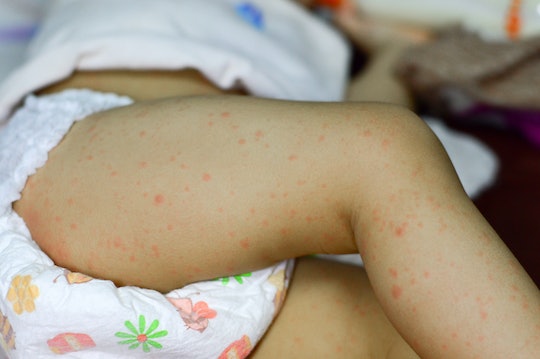 Amid the fight to end the 2019 measles outbreak, Washington state passed a pro-vaccine bill Wednesday night that removes some exemptions for the measles, mumps and rubella (MMR) vaccination, as The Washington Post reported. The measure, that passed by a 25-22 vote in the state Senate on April 17, is an important step to ensure the safety and well-being of the general public.

At the beginning of the year, Washington state announced a measles outbreak in Clark County. Between Jan. 1 to Jan. 22, a total of 22 confirmed cases were reported, according to The Washington State Department of Health. This concerning statistic, as of April 10, has since grown to 74 confirmed cases across the entire state.

In response to the epidemic, Washington's House passed a measure in March to disallow personal or philosophical exemptions for the (MMR) vaccination only, according to The Seattle Times.

After some delays, including 18 proposed amendments from Republicans that were ultimately nixed, the bill passed in the Senate by a 25-22 vote, as The Washington Post reported. But since the bill was amended by the Senate Committee, it will go back to the House for another vote before Washington Gov. Jay Inslee, a Democrat, signs it into law, according to The Hill.

It's important to note that religious and medical exemptions are still allowed for all vaccinations, including MMR, according to NPR, rather it would only remove the personal belief exemption.

If Inslee signs the bill into law, 16 states would still allow personal or philosophical exemptions. According to The National Conference of State Legislatures, those include:

Stricter vaccination laws are effective in preventing measles outbreaks. Dr. Peter Hotez, co-director of the Texas Children's Hospital Center for Vaccine Development, pointed out to CNN that it's no coincidence that states with lax vaccination laws are more susceptible to epidemics. "I've been saying now for the last couple of years [that] it's only a matter of time before we see a horrific measles outbreak in the Pacific Northwest," he told CNN.

To put it simply, large communities of unvaccinated people are dangerous because diseases (especially where it concerns the measles) are easily spread, according to the Centers for Disease Control and Prevention. Medical professionals commonly refer to these areas as "hot spots," according to WebMD. Disallowing personal or philosophical exemptions makes it more difficult for these hot spots to form, a crucial step to prevent future outbreaks.

It's possible Americans will see additional states follow Washington state's lead in the months or years to come, but if not, U.S. Food and Drug Administration Commissioner Scott Gottlieb said it's possible that the United States government will take action.

“Some states are engaging in such wide exemptions that they’re creating the opportunity for outbreaks on a scale that is going to have national implications," Gottlieb told CNN, before noting that “certain states” could “force the hand of the federal health agencies” if the appropriate steps aren't taken.

It remains to be seen whether the fight against measles will ever reach this point, but it's clear Washington state is beginning to take this epidemic more seriously. As health experts have noted, eliminating personal or philosophical exemptions for vaccines is crucial.

More Like This
New Report Shows 80% Of Pregnancy-Related Deaths Are Preventable
How Much Hair Loss Is Normal? 9 Signs You’re Losing Too Much Hair
The Difference Between The PICU & The NICU
What Does Amniotic Fluid Smell Like? A Nurse Explains