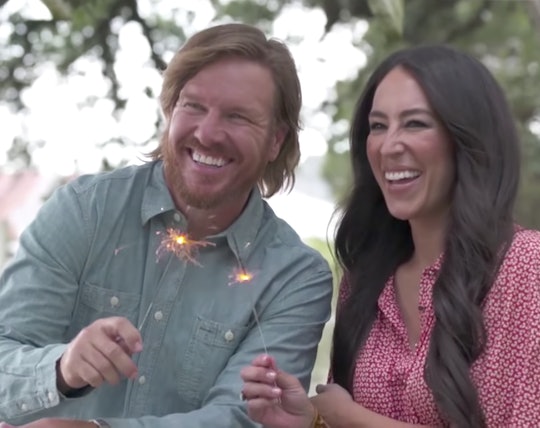 Breaking the mold of fake personalities shining through reality TV, the stars of HGTV's Fixer Upper have captured the hearts of the public by showing their sincerity and commitment to one another both on and off screen. And these quotes about Chip and Joanna Gaines prove that their friends love the two of them just as much as the rest of the world does. But, really, what's not to love?

Along with starring on a hit TV show and renovating "fixer upper" houses, Chip and Joanna are parents to their four children — Drake, 12, Ella, 10, Duke, 9, and Emmie, 7. They are also vocal advocates for their Christian faith and have not shied away from discussing their beliefs when asked. It is the candid discussion of their family and faith, more so than the beautifully renovated old farmhouses featured on their show, that has gained the couple such as large and lasting following.

Fans and viewers are not the only ones with warm and fuzzy feelings towards the Gaines family. Friends, family members, and previous clients have all shared their admiration for the dynamic duo. Given all of the love going around, it's safe to say that the public has not been misled in its interest in the power couple.

In a recent interview, Jill Barrett, a close personal friend of the couple talked with Fox News about the Gaines family and the quality of their character. She told Fox that "what you see is what you get" when it comes to the couple:

It is this authenticity that helps viewers relate with the two on the show. Barrett also shared an adorable anecdote about the couple's early days before hitting it big on HGTV. According to the Fox News interview:

When they first got married, they started flipping these little houses and that's sort of how they got into these whole business. Joanna had this dream of opening this little store, so Chip said, "I want you to follow this dream..." so she did [and] they opened a little store called Magnolia.

The support and love that the couple maintain for each other has translated into trust coming from their clients. Following the announcement of a pending lawsuit from one disgruntled customer, a number of other families came forward to share their own experiences with the Gaines.

The stories were overwhelmingly positive. One such client was actually an old friend of the couple, including the Barnetts, Jill and her husband Joshua, who were featured on Season 2 Episode 9. They reportedly said that they never doubted the Gaines couple would do a good job. In fact, Joshua said to Jill during the same interview with Fox News, “You told me, ‘Joanna is the only person I trust to do a remodel for me.’”

Despite the recent scandal, Joanna and Chip's friends have shown the world that the couple is as real and authentic as they appear. In a sea of not-so-lovable and fake reality TV personalities, it's good to know that some of them can still have a touch of realness to them.