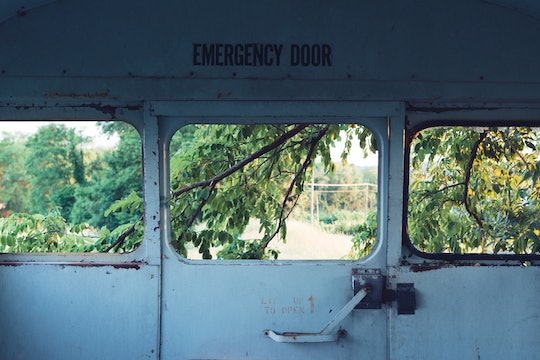 Racial Bias Starts In Preschool, Study Finds, & Here’s What Parents Can Do To Combat It

I remember in the fifth grade, my teacher asked the class to draw a picture of a scientist. In retrospect, this was a fairly progressive assignment for a school that, I believe, otherwise lacked proper cultural and racial bias training and awareness. The outcome? My class, majority white, overwhelmingly drew a white male scientist, with the exception of me, and a handful of other students. We had a class discussion on why we depicted the scientist the way we did, and at 10 years old, this was my first real lesson on implicit racial biases, even if I didn't fully grasp its depth and power at the time. Implicit racial biases affects the way people interact everyday, and can have direct dangerous consequences, like, in police interactions. A recent Yale research study showed racial bias starts in preschool, and racial biases in schools is an issue that is all too familiar for black students and other students of color.

NPR cited to the Yale Child Study Center, in which a group of researchers conducted a study to uncover whether preschool teachers actively engaged their implicit racial biases. Because, as the research study noted, these biases are automatic and unconscious – everyone has them – and it affects the way people unconsciously view and make decisions about people of a certain race.

Countless studies have shown that implicit racial biases affects policing and the killings of unarmed black Americans. In July, The Washington Post analyzed data from the Census Bureau and found that black people were 2.5 times as likely to be shot and killed by police officers than white people. Being perceived as more dangerous by law enforcement — which has also been perfectly illustrated through New York City's now unconstitutional stop-and-frisk policy — has life-and-death consequences.

But racial biases don't always have such obvious horrifying outcomes for black Americans; they can add up and start affecting people on systemic level, through schools, housing, and in workplaces. It's how the school-to-prison pipeline runs rampant throughout the United States.

And this recent study out of Yale revealed some concerning truths about the early stages of racial biases. The researchers gathered 135 educators for the study, and had them watch short videos. They were instructed to press the "enter" key on a keyboard to indicate when they believed preschoolers were potentially going to act out in "challenging behavior." But unbeknownst to the educators, none of the children – a black boy and girl and a white boy and girl – engaged in challenging in behavior. Instead, the researchers used eye-scan technology to monitor which of the children the educators were closely watching.

Walter S. Gilliam, a lead researcher at Yale, revealed the outcome to NPR:

What we found was exactly what we expected based on the rates at which children are expelled from preschool programs. Teachers looked more at the black children than the white children, and they looked specifically more at the African-American boy.

Essentially, the teachers were looking and were more focused on black children, which as Gilliam suggested, could explain the disproportion of black preschoolers getting suspended.

And, as is the case in any situation, "If you look for something in one place, that's the only place you can typically find it," Gilliam said.

Acknowledging implicit racial biases is important. And for parents, having open and honest conversations with teachers can only help. It's a conversation that needs attention, and the more educators are aware, the better.