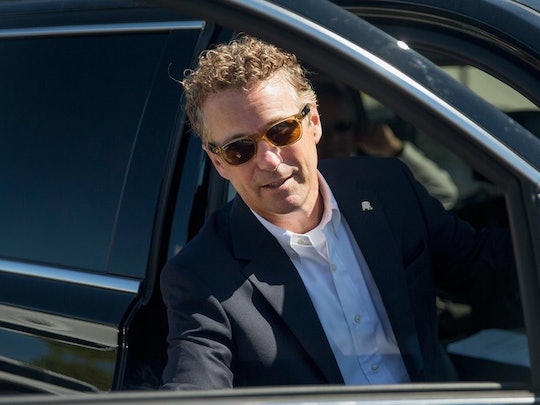 You know you've spent too much time covering politics, and the Republican party in particular, when you find yourself not totally hating candidates that you really want to hate. Like how I can't help but find Jeb Bush kind of adorable for hawking a $75 "guacabowle" for use on "Sunday Funday." Or how I'm laughing my butt off as Rand Paul celebrates Festivus on Twitter.

The Republican party nominee is currently celebrating Festivus, the fictional holiday invented by Frank Costanza on a 1997 episode of Seinfeld. One particular Festivus tradition is known as the Airing of Grievances, or basically yelling at your loved ones about how they've disappointed you in the past year. Paul celebrated Festivus last year too, although his tweets weren't all that entertaining, to be honest.

But this December 23, Paul is going HAM on his fellow presidential candidates, and he's actually kind of nailing it. Am I a bad Democrat for loving what's happening right now? Or is it a good sign that in today's bitterly divisive political climate, we can all still come together on some important bipartisan issues, like how funny that one joke from an old TV show was? I'm going with the latter. Enjoy!