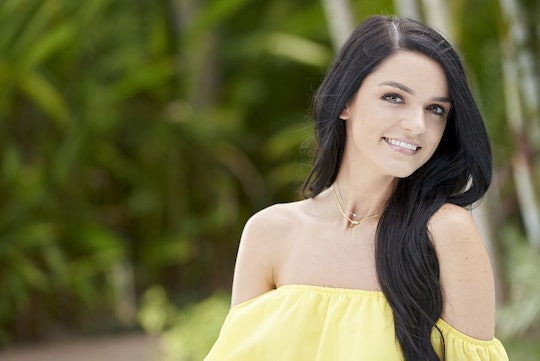 In the middle of probably the most serious conversation that has ever happened on Bachelor in Paradise, Raven revealed she was sexually assaulted and it was a very brave moment for her to share. It is not easy for a survivor to talk about their assault, and it has to be 10 times worse doing it on television. The revelation came as the crew was discussing the issue of consent, and what exactly happened between Corinne Olympios and DeMario Jackson that caused production to be halted.

All that is actually known about the incident is that the two cast members were both very drunk and that some sort of alleged sexual activity happened in the pool, enough to make a producer feel uncomfortable enough to stop filming. In the end, an independent investigation by Warner Bros. found no evidence that any form of misconduct had occurred. The show, of course, went on, but not before Chris Harrison opened up a conversation about what happened, in which Raven firmly defended DeMario. But she also said that she doesn't blame Corinne for what happened, having been a victim of sexual assault herself.

For this reason, she explained, she would not diminish another woman's experiences of this, she just doesn't think it happened to Corinne. Twitter, in case you were wondering, is now a huge Raven fan, if they weren't already.

On the subject, Raven said that she hopes this doesn't deter actual victims. While everyone seemed to agree that nothing untoward happened during filming, it is still important to treat everyone's experience with respect, including DeMario's, Corinne's, and Raven's.

Harrison thanked Raven for being so forthcoming, and she did not elaborate any further on what happened in her past. Simply the fact that she was willing to speak about it during this very uncomfortable and important conversation was extremely courageous. Yes, she did go on Twitter and defend DeMario, along with cast-mate Jasmine Goode, but it's equally clear that she wants to go on record that she is also in full support of Corinne as well and any woman who faces a similiar situation.

The whole treatment of alleged sexual assault and what happened has been very un-Paradise-like. While I appreciate the show's attempt at transparency, I'm really looking forward to moving forward from this moment. Nobody can say for sure what happened except Corinne and DeMario, neither of whom were present at this meeting to give their sides of the story. At the very least, I'm thankful for Raven's eloquent honesty.