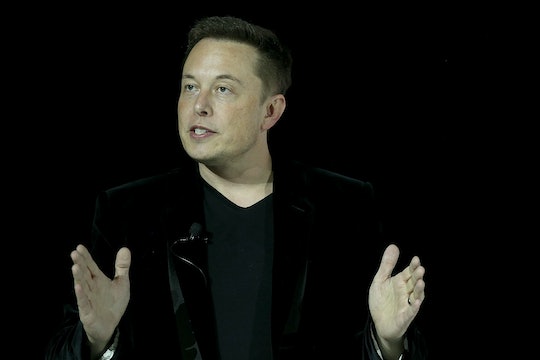 After a failed attempt in June, Elon Musk's SpaceX successfully launched and landed a reusable rocket, Falcon 9 ,Monday night. At 8:29 p.m. ET, Musk and the SpaceX team launched the rocket from Cape Canaveral, Florida. Just before 9 p.m., the last satellite on the rocket was deployed, and the rocket returned to Earth. Reactions to the SpaceX launch and landing were fast and ecstatic, which is to say: Twitter completely and totally freaked out. And for good reason. This is the first time a rocket launched something into orbit and then returned, safe and sound.

The Falcon 9 is a big deal. It's a two stage rocket that is designed to transport satellites to very specific destinations and then come back. Usually, rockets just blow up after they launch and do their thing. Being able to return it and reuse it makes space flight a whole lot cheaper in the long run.

The last time Musk tried to land his reusable rocket on a hard surface, it failed miserably. In June, the Falcon 9 took off and then exploded before it ever had a chance to land, probably due to overpressure, according to statements from NASA and Musk. Jeff Bezos, the CEO of Amazon, is also working on reusable rockets. In November he launched his own baby rocket Blue Origins into space and then landed it in Texas.

But Monday night was a big deal, and viewers to to Twitter to express just how big. Reactions to SpaceX Falcon 9's launch include tweets from some people who were amazed, some who were confused, and some who just wanted to know when we can go play on the moon.

People Were Geeking Out — Even Jeff Bezos

Others Think They's Going To Mars, Which Is Not Happening. Right? That Can't Happen

Or Want Musk To Take Over Public Transportation

If you have no idea what's going on right now, you aren't alone. But it might be time to start Googling it. If Elon Musk and Jeff Bezos are both into this, it's probably going to get very cool, very quickly. Those guys aren't messing around.