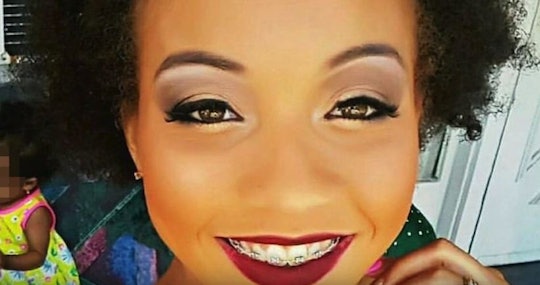 Reactions To Korryn Gaines' Death Are Particularly Heartbreaking For Parents

Korryn Shandawn Gaines was shot and killed by police in her Maryland apartment following a reported hours-long standoff. A 5-year-old was also injured in the apartment. Here are a few reactions to Korryn Gaines' Death that are particularly heartbreaking for parents.

According to NBC News, police arrived at the door of the Maryland apartment to serve arrest warrants on both Gaines and another man. Gaines had failed to appear in court for disorderly conduct charges and what Baltimore County Police Chief James Johnson called "numerous other traffic offenses."

After no answer at the apartment door, officers say they entered with a key from the landlord. Gaines, police said, was pointing a gun. According to NBC News, the other man in the apartment and a 1-year-old baby tried to run away, but were caught.

After several hours of negotiations, Gaines reportedly told officers "If you don't leave, I'm going to kill you." Police then shot and killed her, wounding a 5-year-old boy in the apartment. He is expected to recover. The Independent reported the boy is Gaines's son, who she was holding while she was shot and killed by police.

"We are of course extremely upset at an event like this," police spokeswoman Elise Armacost said. "We do not like to be in a position of having to use lethal force, but this was a situation where our officers exercised patience for hours and hours."

It's a sad ending. And considering there was a 5-year-old caught up in the whole ugly mess, it hits especially hard for parents. Here are a few reactions to the tragedy.

In the wake of police shootings in Baton Rouge, Louisiana of Alton Sterling, and in St. Paul, Missouri of Philandro Castile just last month and subsequent retaliations against police in Dallas and again in Baton Rouge, tensions between law enforcement and communities of color remain high. And based on the comments flowing across social media, those tensions don't appear likely to ease anytime soon.

Regardless of what sparked the shooting incident, there are two small children who will grow up without a mother.