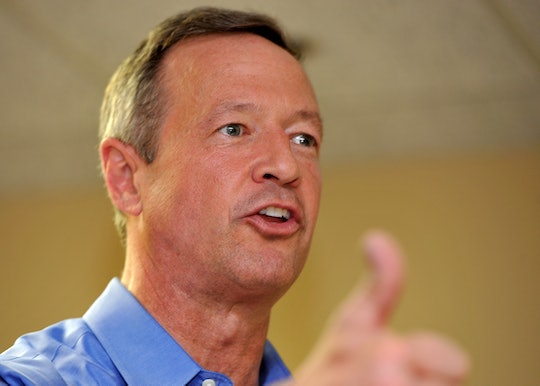 Reactions To Martin O'Malley Dropping Out Are Heartbreakingly Amusing

In the midst of the Iowa caucuses on Monday night, news broke that Former Maryland Governor Martin O'Malley was ending his bid for the Democratic presidential nomination. To political analysts, it wasn't a surprise: O'Malley was in a very, very distant third place in national polls. But, to many people who enjoyed O'Malley's peppy debate performances, well-coiffed hair, and politician smile, the news was still disappointing.

As a strange, sad turn of fate, the Democratic National Committee just announced Sunday that it would consider holding more debates during the primary season, which is something O'Malley was very vocal about wanting. But it was too little, too late. During the Iowa caucuses, The Baltimore Sun reported O'Malley wasn't considered "viable" in most of the districts because he didn't have support from at least 15 percent of caucus-goers. With the predictions in New Hampshire not looking much better, O'Malley was expected to cut his losses by suspending his campaign on Monday night.

The news was big for Clinton and Sanders, who will now battle it out for the stranded O'Malley supporters. But, for some who just caught the headlines, it was a surprising reminder that O'Malley was even in the race before tonight. Reactions to O'Malley dropping out were sad and amusing at the same time. (Poor guy.)

Although O'Malley wasn't very popular in the "I'll vote for you" sense or even the "I know who that guy is" sense, people were definitely still sad to see him end his run.

So, farewell, Martin O'Malley. It's true when we say we barely knew you.