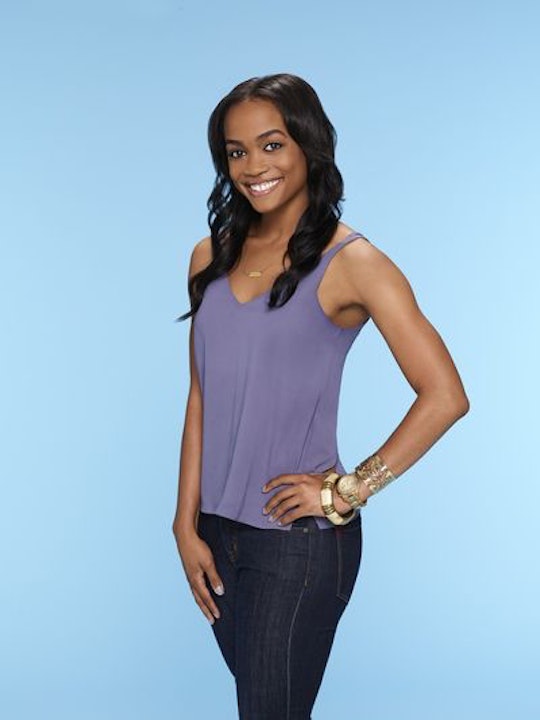 Even though we're not even close to the end of The Bachelor this season, Monday night proved to be a rather shocking day. Not only did Nick cut down his pool of women, but ABC also announced that Rachel Lindsay is the new Bachelorette. Obviously this is a rare occasion that is rather unprecedented in Bachelor or Bachelorette history. But, people are totally here for it. Just check out the reactions to Rachel being named The Bachelorette to see how excited people are to have the lawyer take the lead.

This announcement marks the first time a woman of color has been named the official lead of the show. After Ben Higgins' season of The Bachelor, rumors surfaced that Caila Quinn would be leading The Bachelorette, but ultimately the title went to JoJo Fletcher. It's a monumental moment. For a show that has been on for years, to finally have a woman of color leading the season shows a progress that has been long-awaited. Plus, it only adds to the "win" that Rachel is intelligent, has an awesome job, and has thus proved herself to be there "for the right reasons," even if we know it doesn't work out.

So, what are people on Twitter saying about Rachel's new title? The consensus: ABC hit the nail on the head with its casting. And while it may spoil Rachel's journey for the remainder of the season, people are generally thrilled for her new gig.

So, while we have a little bit of a spoiler going into the rest of the season, at least we know that Rachel will be making history when her season begins. Congratulations to her! I can't wait to see your journey.