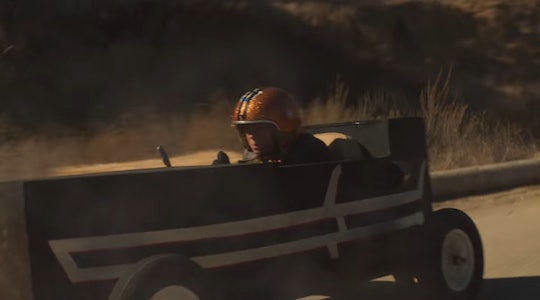 On Wednesday, Audi released its upcoming Super Bowl ad, along with an optimistic press release championing progress and equal pay. One day and two million views later, we've all been reminded that approximately 95 percent of the internet appears to be populated by misogynist trolls, because the reactions to the Audi commercial on YouTube are overwhelmingly negative (as well as factually incorrect). This is why we can't have nice things, America.

Predictably, most of those who trashed the ad are men who insist that sexism is a myth, there is no wage gap, and liberal feminazis are the devil. Sadly, though, there were a few women who ironically claimed that the ad was a form of "mind control" (I'm not kidding) and insisted that "everything is fine." The most insidious aspect of internalized misogyny is the idea that admitting that sexism is real is akin to identifying as a victim; some women believe that if they acknowledge that they're oppressed, by definition, they're conceding that they're weak, because they "allowed" themselves to be oppressed. It's similar to the way that many domestic abuse and sexual assault survivors often blame themselves, believing that they somehow let it happen. A strong woman wouldn't "let" her employer pay her less than her male counterpart, they think. If a woman is treated unfairly, they reason, it's because she permitted it.

The starkest opposition to the ad came in the form of the YouTube thumbs up/thumbs down feature, a pointless tool that your average user never uses. Instead, it's mostly employed by trolls and bots looking to cause harm in the most benign way possible.

Remember when the trolls unleashed their hate-clicking fury on the Ghostbusters trailer? Now ask yourself if you've ever heard of another YouTube video suffering due to too many thumbs down clicks. Or whether you've ever even noticed another video's thumb counts. They really only matter to the people who click on them.

Head over to Twitter, though, and the reception is a bit warmer. Sure, there are still some people ranting about its "left wing" message (because equal pay is apparently a radical concept), but many viewers were absolutely thrilled with it. "THANK YOU for this @Audi," one user wrote. "We need more companies to use their voice to empower & shed light."

Another wrote that the ad "might have me buying an @Audi." And no, it wasn't just women that loved it; reasonable men understand that giving women equal rights and equal pay doesn't take anything away from men.

While the angriest voices are always the loudest, if you pay attention, you'll see that plenty of people think that Audi made the right move with its new commercial. At the very least, it opened up a dialog, and those open to change now have a jumping off point.