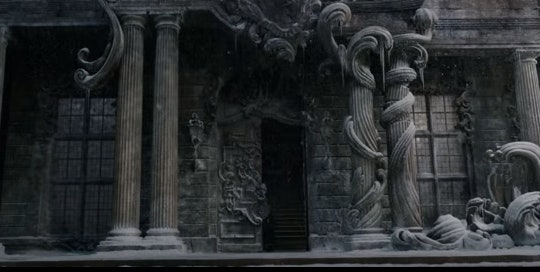 As a child of the 90s, I've been skeptical of the many live-action remakes of some of my childhood classics that have come out in recent years, but it looks like there's finally about to be a remake that might not break my heart after all. And it turns out I'm not alone in my feelings: reactions to the Beauty and the Beast trailer poured in online Monday morning after Walt Disney Studios premiered the teaser on Good Morning America and its YouTube channel. For the most part, reactions have been positive, but some doubtful fans have found plenty of things to nitpick at in the minute-and-a-half long teaser. But forget all the haters. The Beauty and the Beast teaser trailer gives audiences all the feels — and the briefest of glimpses of Emma Watson as Belle.

Let's not forget that the original animated Beauty and the Beast in 1992 is one of those Disney classics that's been etched into the psyche of the '90s generation, so there's bound to be strong feelings about seeing a classic remade. From Belle's iconic golden dress to Angela Lansbury's wobbly but moving vocals on the title song, fans of all ages expect a faithful approach to the live-action Beauty and the Beast, due out in theaters in 2017. Judging from just the teaser trailer so far, I think we're going to be in good hands.

Reactions to the new Beauty and the Beast trailer on Twitter have fallen squarely into four categories — and three of them overwhelmingly positive:

Seriously, so many tears shed this morning. A veritable flood of tears and nostalgia has washed over Beauty and the Beast fans on Twitter.

Girl, I feel ya. Those opening piano arpeggios at the beginning of the original animated film coming back for the live-action teaser trailer took me way back. But reactions went beyond just mere tearing up:

2. Unbridled Joy That Can Only Be Expressed In All Caps

Right now on Twitter, there is a chronic shortage of lowercase letters for fans of the Beauty and the Beast trailer.

Here's a perfect example of someone who simply couldn't resist the allure of an all caps reaction to the trailer:

When Disney confirmed that Watson was cast as Belle in the live-action remake, Twitter exploded at the news back in January. The Twitter hype for Watson as Belle has continued after the literal two seconds the audience gets to see of Watson in the teaser trailer.

Despite an overwhelmingly positive reaction to the teaser trailer, there are always going to be haters, because haters gonna hate.

But forget all the haters: This remake is going to be awesome.