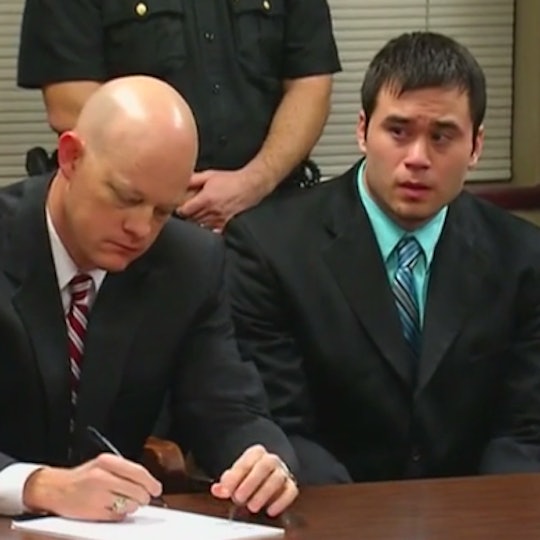 After a four-day-long deliberation, an Oklahoma jury found ex-police officer Daniel Holtzclaw guilty of multiple sexual offenses, including first-degree rape, sexual battery, and forcible oral sodomy, among others. Holtzclaw, 29, was accused of sexually assaulting at least 13 black women in the Oklahoma neighborhood he regularly patrolled, allegedly specifically targeting victims with criminal records and histories of drug abuse who prosecutors argued would be less likely to be believed, or to even come forward in the first place. The state brought a total of 36 charges against Holtzclaw, and the jury found him guilty on 18 of them, recommending a sentence totalling 263 years in prison. Holtzclaw was seen to be shaking and crying as the verdict was read. Sentencing in the case is slated to begin Jan. 21.

To many, Holtzclaw’s case represented a rare example of one of many alleged instances of police misconduct toward vulnerable populations actually leading to justice being served for the victims. A recent report by the Associated Press discussed how Holtzclaw is part of a much-bigger problem, noting that;

About 1,000 officers...lost their badges in a six-year period for rape, sodomy and other sexual assault; sex crimes that included possession of child pornography; or sexual misconduct such as propositioning citizens or having consensual but prohibited on-duty intercourse.

Following news of the verdict, Twitter was buzzing with surprise and relief over the jury’s decision:

But, as many people pointed out, the fact that he was not found guilty on all charges means that justice may not have been served for all:

And others were frustrated with the lack of coverage of the case in mainstream media in such an important case:

Make no mistake, the fact that Holtzclaw was not only brought to trial, but found guilty on so many counts of sexual assault against women who have largely felt ignored by the justice system is hugely important. But what this case showed us is that there is so much more work to be done, so many more instances of police officers abusing their power, so many more instances of vulnerable black women being taken advantage of because too many people think they don’t matter. Thursday’s victory was hopefully a step in the right direction, proving that these women do matter, that they deserve to be taken seriously, and that anyone who thinks they can get away with it can end up spending the rest of their life behind bars as a result. Which is exactly as it should be.

Watch the video of the verdict reading below: