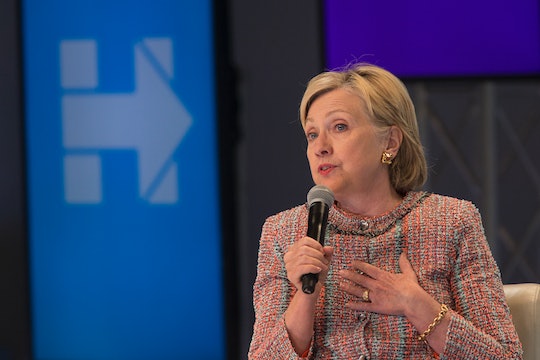 After a high profile, year-long investigation into former Secretary of State Hillary Clinton’s use of a private email server while holding that office, the Federal Bureau of Investigation announced Tuesday that the agency would not be pursuing criminal charges. In a statement calling Clinton’s use of private email “extremely careless,” FBI Director James Comey said the agency would soon deliver its recommendations to the Justice Department. The long-awaited decision soon took over social media, with reactions to the FBI’s Clinton email recommendation ranging from relief to frustration, but, overall, most were just ready to put the matter to rest.

In remarks delivered from the FBI’s headquarters, Comey said that the agency’s investigation had been an exhaustive process. He said that the FBI team had reviewed more than 30,000 emails provided by Clinton to the State Department since late 2014. Out of those emails, 110 contained classified information; and of those 110 classified emails on Clinton’s private server, only eight contained information that the agency considered “top secret,” Comey said in his prepared statement. Still, though, Clinton and her team “were extremely careless in their handling of very sensitive, highly classified information,” but, according to Comey, “no reasonable prosecutor” would pursue charges in the case.

Over the past year, the government probe into Clinton’s email use had been one of the biggest wild cards of the presidential election. An indictment might have meant calls for the presumptive Democratic nominee to suspend her campaign for the White House. So, the stakes were such that either decision would have prompted strong reactions from both sides. But, after Comey’s remarks absolving Clinton, the sentiment online still ranged from deep shock to resignation; and, in general, most seemed to say with this final hurdle crossed by the Clinton team, the presumptive Democratic presidential nominee could finally turn all her energy towards the November contests.

Of course, Clinton's chief rival for the White House, billionaire Donald Trump, was among the first to weigh in on Twitter with his thoughts on the announcement:

But Trump wasn't alone; there were quite a few negative reactions to the FBI decision — including a few calls for an independent investigation into Clinton's emails:

Still, for many, the decision represented an important resolution on the entire question of Clinton’s status as a contender for president: it's done, it's happening, and it's time to move on.

Still, the FBI’s recommendations aren’t mandatory, so the investigation isn’t quite finished. Comey said the agency would deliver its recommendations to the Justice Department and that agency will make the final decision over whether to pursue charges against Clinton. However, as Attorney General Loretta Lynch has said she’d accept whatever recommendation came from the FBI’s team of career prosecutors, it’s likely that Tuesday’s recommendations really will be the final word on the case.

But it’s unlikely that the decision will stop the chatter online. With the presidential election coming this fall, opinions on whether Clinton should have faced charges will almost certainly be a major GOP talking point. And that means, even after the FBI decision, Clinton and her supporters will be forced to defend her on this issue for at least the next six months. Even without criminal charges coming, that's not an ideal situation for Clinton. But whether the issue will be enough to dissuade would-be Clinton voters remains to be seen.