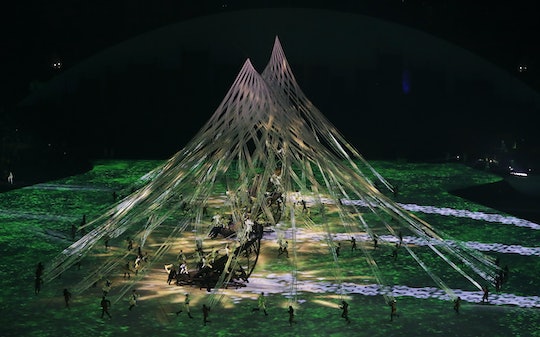 The 2016 Rio Olympics opening ceremony walks through Brazil's past, and does not hide the ugly parts of its history. For example, one segment focuses on how African slaves were brought to the country. The reactions to Rio's opening ceremony slavery segment are praising Brazil for acknowledging the fact that they had slavery in the opening ceremony.

The ceremony, directed by fame filmmaker Fernando Meirelles, began by showcasing the rainforests of Brazil and proceeded to take a tour of the nation's history. A segment showcasing the indigenous people of Brazil followed, then one showing colonization by the Portugese. Typical of colonization was slavery – and Meirelles did not hold back showcasing this as well.

This is not surprising for Meirelles, as he directed the renowned film City of God, about the violent underbelly of Rio. Given that Meirelles is not afraid to show the harsh side of his home country, it's characteristic that he dedicated a segment of the ceremony to the country's slavery.

Observers on Twitter reacted immediately to this segment. Many praised the fact that Brazil did not hide this part of their past – and compared it to the United States and the fact that many do not like to discuss its history of slavery and racism.

Some had a problem with the fact that something lighthearted like the ceremony took on slavery.

While other observers believed that the segment was not nearly long enough:

It's clear that the segment drew a passionate reaction from many on social media, either positive or negative. The general reaction leaned towards the opinion that the segment was necessary to include to truly portray the history of Brazil. Some were not happy with the fact that it involved song and dance, and others believed it should have been longer – especially since other segments received more time. Regardless, the segment shows that Brazilians do not shy away from their history, no matter how dark.