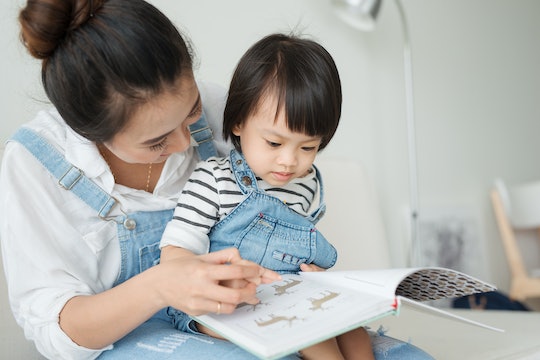 Reading To Your Children Could Help Their ADD, New Study Finds

When Attention Deficit Disorder (ADD) affects children, they can face behavioral struggles and distraction in school. But a new study suggested that reading to your children could help their ADD, according to CBS. And since not all parents are fans of medicating, reading is an attractive and simple option that carries no risks or side effects.

ADD is one of the most common neurodevelopmental disorders of childhood, according to the Centers for Disease Control and Prevention (CDC). Usually, it is first diagnosed in childhood, but it often lasts well into adulthood. And children who cope with the many symptoms of ADD — daydreaming or becoming distracted a lot, forgetting or losing things quite often, squirming or fidgeting, talking too much, making careless mistakes, taking unnecessary risks, having a hard time resisting temptations, having difficulty taking turns, and finding it hard to get along with others — may consequentially have a hard time paying attention and controlling their impulsive behaviors.

Recent research suggests that deficit disorders might be a result of dysfunction in the gene, ErbB4, which helps different brain regions communicate, according to Science Daily. The gene maintains healthy neurotransmitter levels in the brain, so, according to a April 5 report by Case Western Reserve University, published in Medical Xpress, "discordance between the regions could lead to attention deficit disorders." But we know little about how to fix these disorders, aside from medicating.

Experts also think that ADD in kids has been on the rise recently, according to CBS. Over the past decade, its prevalence has dramatically increased. The American Psychiatric Association (APA) says that 5 percent of American children have ADHD, though the CDC says that that number is much higher. Approximately 9.4 percent of children 2 to 17 years of age had ever been diagnosed with the disorder in 2016. Most of those children are on the higher end of that age scale, from 12 to 17, but some 388,000 are between 2 and 5 years old. And the percent of children 2 to 5 years of age diagnosed had increased, from 7.8 percent in 2003 to 9.5 percent in 2007 and to 11 percent by 2012.

However, new research suggested that combatting ADD could be as simple as reading to kids. The study was published in the journal Pediatrics, and it found that reading out loud to young children, as well as engaging them in pretend play, can improve behavioral problems related to hyperactivity and attention when they get to school, Press KS reported.

The researchers looked at children from birth to 3 years old who were all part of a program that coached parents on reading and playing, and they followed the children after the program, according to Press KS. And when parents pointed out pictures and asked questions of their children when reading them stories, their kids were better able to sit still and they got along with friends, peers, and teachers better than the kids whose parents didn't do the same, according to CBS.

"When parents provide children with the opportunity to kind of think about their feelings and those characters, it helps them to practice for when they’re actually dealing with those feelings when they enter school," Dr. Alan Mendelsohn of NYU Langone Health and author of the study explained, CBS reported.

It's important to note that not all kids with ADD suffer from the same struggles and they don't all suffer to the same degree. For example, boys are nearly three times more likely to be diagnosed than are girls, according to ADDitude magazine.

So while reading to your kids could help (and certainly doesn't hurt), it very well may not be a be-all-end-all fix to help mitigate the symptoms of ADD.