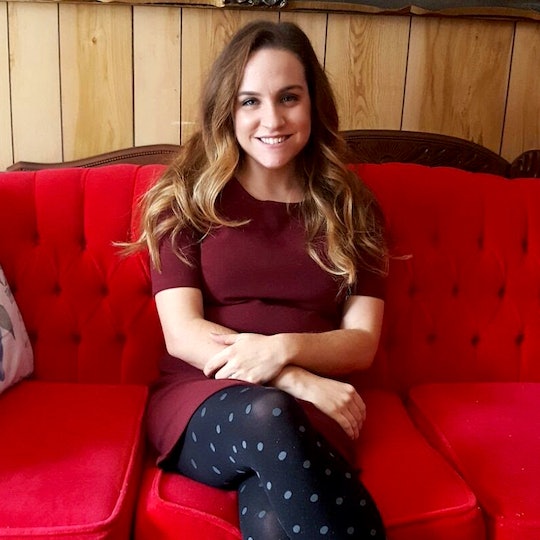 This Mom Vows Not To Take Parenting So Seriously

How old are your kids?: They just turned 4 years old

What resolution do you think you're supposed to make? Why do you feel this way?: I kind of feel like maybe I should be focusing on setting goals, figuring out what I want to achieve, and having a concrete plan to make 2017 a successful year — especially in terms of my work and productivity. Going into a new year without some kind of goal or plan usually makes me feel like I’m already starting out on the wrong foot, but I’m just not in that headspace at all right now.

What's your actual resolution this year, and why?: My resolution for 2017 is to focus on accepting that a lot of what happens in life is out of my control, and to just roll with whatever comes. A wise friend (who is probably the happiest, most relaxed person I’ve ever met) recently said to me, “Alana, if I thought worrying would change the outcome, then, trust me, I’d be worried.” At first, I found his attitude kind of frustrating and dismissive, but then I realized he was totally right. I spend so much time worrying or trying to change things I have no control over, but I could just as easily accept it and move on and save myself all that stress. The outcome will be the same, anyway.

What's the one resolution you won't make again?: To lose weight. I lost 40 pounds this year, after beginning a 12-step program for binge eating disorder, but I spent so many years resolving to lose weight and going on diets that I knew I wouldn’t stick to. Now that I realize that I was never actually going to reach that goal by dieting, I regret all the time I spent feeling disappointed that I’d “failed,” or like if I’d only tried harder or had more willpower, I’d have succeeded. Being in recovery has taught me it was never about willpower, and not even really about food. Plus, it turns out that losing weight doesn’t magically solve all your problems (imagine that!).

In trying to be really on-the-ball, plugged-in parents, we kind of end up taking parenting too seriously, and that sucks all the fun out of it for everybody. I feel like my kids already pretty much know how to enjoy their lives, so I just want that to continue — and hopefully my husband and I can remember to try not to get in the way of that too often.

What's one thing in your life you want to change but don't feel like you can?: Nothing that’s actually important. I’d like to live in a bigger house or drive a nicer car or have more money to spend on stupid things or fancy vacations, and that feels totally unattainable at this point. But we have everything we need, and there are a lot of people in the world right now who would love to be able to say that, so I can’t really complain.

What's one thing you did or didn't do last year that you forgive yourself for?: I said some things I didn’t mean that were hurtful, and it caused a friendship to end. I spent a really, really long time feeling ashamed and awful about it, but the truth is, sometimes you make mistakes and sometimes relationships end and that’s just the way it is. I finally realized that if my daughter had screwed up like I had, I’d want her to forgive herself and let herself off the hook for being human. So, I let myself off the hook.

Do you tell your kids your resolution? Why or why not?: No. They’re young and probably won’t understand anyway, but I also kind of hate the idea of them being self-critical and feeling like they need to be better or more "this" and less "that" — even if the changes are positive. Little kids naturally live in the moment and just deal with life as it comes, and I hope they can keep doing that for as long as possible. That’s actually exactly the thing I’m trying to do in my own life anyway: worry less, enjoy more, stop thinking so much about everything all the time.

What specifically do you want for your kids this year?: Honestly? I think the only thing they need is for their mom and dad to chill a bit more, and stop seeing problems where there are none. So often, we get caught up thinking they should be behaving better, or not doing all the things they do that drive us insane, but then I realize, “oh right, they’re 4. All 4 year olds act like this." I think sometimes that in trying to be really on-the-ball, plugged-in parents, we kind of end up taking parenting too seriously, and that sucks all the fun out of it for everybody. I feel like my kids already pretty much know how to enjoy their lives, so I just want that to continue — and hopefully my husband and I can remember to try not to get in the way of that too often.