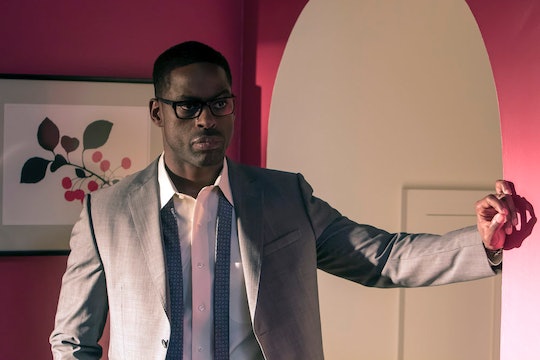 Though it isn't very far into its first season, This Is Us has managed to turn every new reveal into something exciting, even though every surprise makes perfect sense in retrospect. There is a lot of backstory that is still unknown, and the show is dishing out more and more details in every episode. While Episode 3 didn't end on the usual twist, it did provide something unexpected early on. Tensions were high when it came time for Randall to introduce his newly discovered biological father William to his mother Rebecca, but it turns out Rebecca wasn't as taken aback by the introduction as one might have expected. This was because Rebecca knew about Randall's dad – and she had from the start.

Randall's recent connection with William has been an important part of the show, particularly because of all the tangled emotions at play. Randall seems to have had a mostly happy childhood with very loving parents, but he still had to deal with having been abandoned at birth by his biological parents. Now that he's finally found William he's close to losing him again because William is dying of stomach cancer; it's the worst kind of painful irony. The fact that Rebecca knew about William and kept it from Randall is bound to stir up some serious family problems.

As soon as Randall gave Rebecca and William a moment alone, the truth came out: they had made a deal that involved keeping William away from Randall and keeping quiet about it. That deal was born not long after Randall was; though it initially seemed like William left Randall at a fire station and that was that, there was actually more to the story. William lingered at the hospital to check up on his son and spotted Rebecca leaving the hospital with him. When Rebecca saw him, she very quickly put two and two together.

Soon after taking the babies home, Rebecca was having trouble bonding with Randall, particularly after the death of one of her children. She sought out William in part because of this. She was able to ask about Randall's mother, find out details about his birth family, and also extract the promise that William wouldn't come looking for his son, even though he wanted to stay updated on Randall's life. William even gave her advice on bonding with her new baby, suggesting she change Randall's name (which was Kyle at the time) to something new – something that wouldn't remind her of the child she lost, but instead of the new baby she had. She ended up naming Randall after William's favorite poet.

William had a level of involvement in Randall's early life that he had no idea about because Rebecca kept it a secret for years. That information would have been important to Randall; it would have assured him that his biological parents loved him even if they couldn't keep him. It might have allowed him to build a relationship with William long before the events of the series. When this comes out – because this is television, so it definitely will – it's going to change everything for Randall, and it's sure to have a profound effect on his relationship with his mom. Rebecca's choice was understandable, but it might not be forgivable.