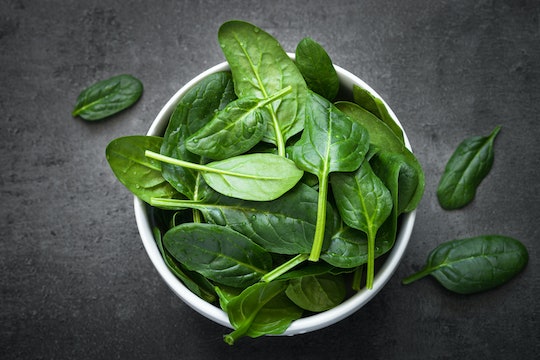 Many people opt for frozen veggies instead of fresh for use in smoothies, soups, casseroles and more. Frozen foods keep longer, are more convenient, and often times cost less. But this time, you may be getting a little more than you bargained for. Another recall is shaking up grocery stores, as a recall on frozen spinach sold nationwide was issued due to concerns of possible listeria contamination.

The tainted spinach came from National Frozen Foods of Oregon and was distributed in 20 states including California, Nevada, and Arizona, according to CBS News.

The affected bags of frozen spinach have the following UPC codes and use by dates, according to the FDA.

The listeria contamination was found after a random sampling of spinach from National Frozen Foods reveals the presence of the bacteria.

So far, no sicknesses have been reported. In order to keep it that way, consumers are being asked to throw out the contaminated packages or return them to the store it was purchased from for a full refund, according to ABC News.

Romper reached out to Sprouts for comment, but did not receive a response before time of publication.

Listeria is a harmful bacteria that is contracted via food contamination. For example, when someone has food poisoning, it's usually because of listeria, according to Better Health. Symptoms include nausea, vomiting, diarrhea, achy muscles, and fever.

While most people recover from listeria poisoning, it can cause potentially deadly infections in young children, frail or elderly people, and those with weakened immune systems, according to WebMD.

In a small portion of people, about 20 percent, it can turn into listeriosis when the infection enters your nervous system, according to The Center for Disease Control. This is a much more serious condition, which includes symptoms like a stiff neck, loss of balance, convulsions, confusion, and headaches.

Both conditions are especially dangerous for pregnant women, because infections from listeria have been linked to stillborn deaths and miscarriages, according to the FDA.

Fear of listeria poisoning is one of the reasons doctors tell pregnant women to stay away from deli meats and soft cheeses, according to The American Pregnancy Association.

This is not the only food recall of the week, unfortunately. Ragu recalled jarred sauces for potential plastic partical contamination, while Pillsbury recalled thousands of cases of bread flour due to E.Coli concerns.

It's a scary world out there when it comes to food safety. Keeping up with the news is always a consumer's best form of defense. When in doubt, toss it out. It's always better to be safe than sorry. If it's a money issue, throwing away a few bucks into the garbage is a lot less painful than the medical bills that could come from a massive case of food poisoning.