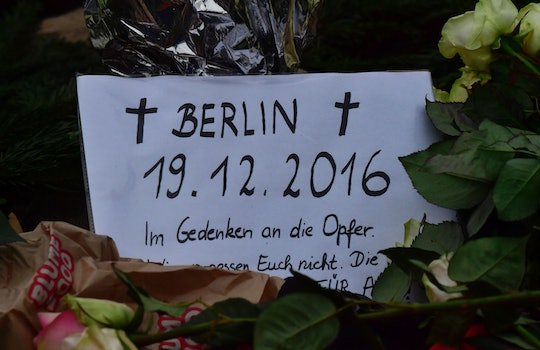 In the wake of yet another suspected terrorist attack, discourse about violence, the refugee crisis, and immigration is back in the headlines. Such an attack in Berlin on Monday night left 12 dead and nearly 50 injured. While many have jumped to conclusions about immigrants' impact on violent crime, refugees and crime rates in Europe show immigrants or refugees cannot be blamed for most or all crime.

The German police were quick to apprehend a 23-year-old Pakistani man and question him about the attack in Berlin. The man claims to have no involvement in the crime, and many wonder if after German officials referred to the attack as terrorism, police and the public were more likely to suspect someone of the Muslim faith. After Brexit, the vote cast by citizens of the United Kingdom earlier this year to leave the European Union, there has been an marked uptick in hate crimes against members of the Muslim community. Part of why many voted for Brexit came down to laws about immigration, which they though were become too lax in the rest of the European Union.

That perception doesn't seem to reflect the numbers, though: according to the Red Cross, there are 117,234 refugees living in the UK, which is just 0.18 percent of the population the UK population. And, the UK only received 38,878 asylum applications last year, which is less than other places in the EU, including Germany.

Hoaxmap, an online data project that began in Germany earlier this year, has been attempting to debunk some of the statistics about crime committed by refugees. While the information that Hoaxmap ascertained isn't strictly scientific, it is able to provide some insight into how rumors circulate about crime rates linked to specific (usually minority) groups. Hoaxmap tracks crime reports that run the gamut from theft to more violent crimes, like sexual assault. What the organization has ultimately found is that, while these rumors might reflect what public opinion polls show people are afraid of, it just doesn't match up to the actual data on crime.

While the numbers may have shown an overall uptick in crime throughout Europe, experts say that's more a reflection of a population increase, and isn't what they would call "immigration relevant," according to The Atlantic. The number of refugees in the EU went up by 400 percent, while the rate of crimes committed by refugees went up 79 percent. But the rate of crimes committed against refugees went up, too.

According to Deutsche Welle, crimes that actually were committed by refugees were largely non-violent: the vast majority were fraud and theft related, and less than 1 percent were sexually-based offenses. Germany's Federal Criminal Police Office reported that in the first six months of 2016, immigrants in Germany were linked to 142,500 crimes, according to The Daily Mail.

While exact numbers for total crime in Germany for 2016 haven't been figured yet, according to the U.S. Department of State, the Interior Ministry in Germany believes there are only around 1,100 residents who could be considered to have "potentially violent" terrorist ties, and only 430 of them are considered to be "high risk" for involvement in a serious crime. To put these figures into a larger context, Germany also tracks right-wing extremists and neo-Nazis. The last year's data indicates there are around 22,000 right-wing extremists, 10,000 of whom are considered dangerous.

What Hoaxmap and other analysts who have been looking into the phenomenon point out is that rumors about crime are usually inspired by, or rooted in, some crime that has already happened (even if that crime is relatively infrequent). Add in the fact that many people within the EU are admittedly afraid of refugees, and the rumor mill is apt to only churn faster. Almost a year ago, a series of robberies and sexual assaults reported in Cologne on New Year's Eve stoked the fire against immigration in Europe when investigators revealed that most of the suspects they had were refugees.

As sociology professor Gary Alan Fine told The Atlantic: “Once you have a plausible story then the criteria for information you need in order to believe [a new story] is much lower, because you would say ‘this is like what happened elsewhere.’”

Since they began, Hoaxmap has tackled, and debunked, more than 300 rumors about refugee related crime in Europe. But as the response to the attack in Berlin has shown, it will take more than data to assuage the fear, and resulting tensions, attached to immigration in the UK and beyond.