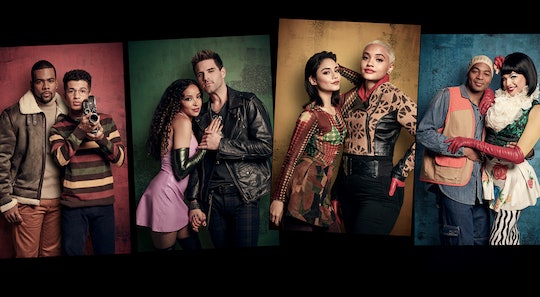 Viewers Are Furious That ‘Rent: Live’ Changed Some Lyrics

If you're going to reboot a musical, it's probably not a good idea to play around with the lyrics. Case in point: Rent: Live changed some lyrics and fans aren't exactly thrilled about it. In fact, some might argue viewers are downright livid.

It's no secret Rent is a classic beloved by many. And given that the production is iconic, it's fair to assume Rent: Live would stick to the original lyrics. Unfortunately, this wasn't the case.

As for the changes, it mostly had to do with censorship issues and replacing a crucial line in "Life Support." The lyric, "because reason says I should have died 3 years ago," was changed to "six months ago." Huh.

Of course, fans noticed the changes right away, with one person arguing: "Things really bumming me out about 'Rent Live:' 1. It’s not live 2. the lyrics are changed! YOU DO NOT CHANGE @RentTheMusicallyrics! 3. I’m obsessing over the possibility 'Take Me or Leave Me' won’t be as magical as I remember it from singing it in the mirror in middle school."

"Why was it changed to 6 months ago?" someone else brought up. "In that time period, living three years longer than estimated was a big deal, so why not celebrate that?"

"The tiny little changes irk me so much. No. You should have died 3 years ago," one person said. "Not 6 months ago."

"How can I sing along when they keep changing the lyrics for no reason??!" a viewer complained. "I get taking out the swear words, but why change the opening line???"

The changes aren't too surprising, however. Rent: Live producer Marc Platt teased at these alterations in an interview with Vanity Fair, explaining that certain decisions were made because the production wasn't treated as a "museum piece, but as a living, vibrant piece.”

Platt also noted that he approved all of the changes with the sister of Jonathan Larson, the late playwright who wrote Rent.

Additionally, Platt wants fans to know that the story — despite the lyrical changes — remained the same. He told Vanity Fair:

The notion that when you’re facing challenging times, you bond together as a community, instead of tearing each other apart, actually speaks very loudly. What those artists were confronting in the early 90s, among other things, was a terrible disease, but also governmental intrusion—and that gave rise to this musical movement. Much of that is very relevant today.

Changes and outrage aside, there were a few renditions that people enjoyed.

"Wow! @BrandonVDixon just took us to church during 'I’ll Cover You'," someone gushed. "As my favorite song, his twist was amazing."

"Okay but 'Seasons Of Love' was amazing," someone else said.

Obviously, it was an impossible feat to make everyone happy here. But there were some changes that you couldn't help but scratch your head at.