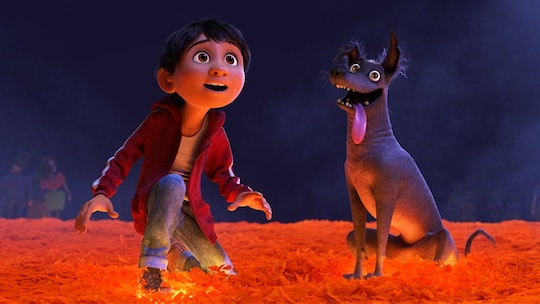 Psst! If Your Favorite Movies Are Missing On Disney+, Here's How To Request Them

While the launch of Disney+ brought subscribers hundreds of movies and television shows, it didn't put up absolutely everything from The Walt Disney Company's impressive catalog of content. But those who've already found themselves unable to locate one of their favorite shows or films on the streaming service may be pleased to learn that there's a number of ways to request movies and TV shows on Disney+. And thankfully, all of them are relatively quick and easy to do.

When Disney+ launched Nov. 12, it was packed with numerous Disney films, including animated classics like Snow White and Cinderella, as well as a lengthy selection of Marvel movies and a vast library of Pixar films. But after just a week flicking through the Disney+ library, some subscribers have already noticed the absence of certain shows and films. Subscribers didn't find The Mighty Ducks movie for example, or Pixar's Coco. Animated shows Pepper Ann and PB&J Otter are also apparently missing from the streaming service along with a host of other films and shows.

Some content, such as Coco, The Incredibles 2, Christopher Robin, Maleficent, and the live-action Beauty & the Beast, are already earmarked for later release dates due to deals that have them currently streaming on other services. Films that only recently hit theaters, like Toy Story 4 and the live-action versions of Aladdin and The Lion King are also expected to eventually find their way to Disney+.

But other films and television series found to be missing from Disney+ can easily be requested by subscribers through Disney+, its mobile app, and desktop website. To access the request feature from within the Disney+ platform, you'll want to first navigate to the on-screen "Help" button, according to the Inside The Magic blog. From there, select "Give Feedback," followed by "Request a film or show." While subscribers can reportedly request up to three films or shows at a time, they can fill out an unlimited number of request forms, according to the blog.

If making a request through the website, Insider has noted that you'll want to begin by hovering your cursor over your account avatar, which is located in the upper right-hand side of the website. Select "Help" from the drop down menu that appears. Once you've been redirected to the Disney+ Help Center, you'll want to select "Give Feedback." A drop down menu will then present you with three options, one of which is "request a new film or TV show." You can also make a request through Disney+'s mobile app.

Although the absence of some newer and classic shows is a bummer, with hundreds of movies and TV shows already on the streaming service, it's hard to imagine that any Disney+ subscriber is having a hard time finding something to watch.