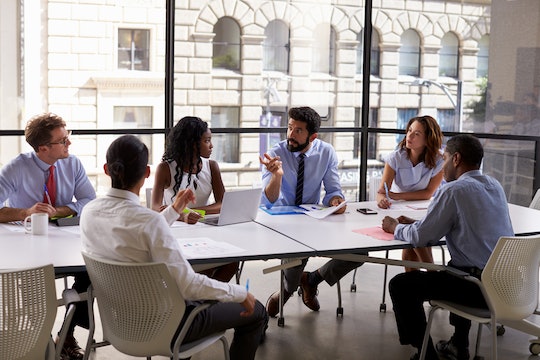 Researchers Think They Figured Out How To Make Meetings Less Terrible

Everybody has sat through them: terrible meetings, some of which could've just been an e-mail, that make you consider if a job is really even that important. Sometimes, people do put effort into coming up with new ways to make meetings fun, but those attempts can flop. Now, researchers think they figured out how to make meetings less terrible and these suggestions might just save your work life!

Work meetings are pretty universally terrible. It's not difficult to find list after list on how to make your meetings better. People have even compiled warning signs that your meeting should be an e-mail. Not everything can be neatly summed up in one mass e-mail, though, and that's when meetings are important.

Still, there's no reason to make workers suffer, and researchers have begun looking into how to prevent just that. A team of psychological scientists have drawn from almost 200 studies to produce recommendations for "making the most out of meetings before they start, as they're happening, and after they've concluded," as Eureka!Alert noted.

Essentially, they've prepared the report that everybody in the workforce needs to read. In fact, this report might even be worth forwarding across your office in a mass e-mail.

There may be a lot of traditional wisdom associated with how to run meetings, but not much is backed up by science. That's what researchers are looking to combat. The new report has been published in Current Directions in Psychological Science, a journal of the Association for Psychological Science.

"Meetings are routine in organizations, but their value is often questioned by the employees who must sit through them daily," the researchers noted in the report's abstract. "In this review, we examine current directions for the psychological science of workplace meetings, with a focus on applying scientific findings about the activities that occur before, during, and after meetings that facilitate success."

You might expect ridiculously complicated recommendations but, actually, they're not complicated at all.

One of the biggest things is making sure everyone is prepared, focused, and participating. Joseph Allen, one of the study's researchers, said, according to Eurek!Alert:

"Meetings are generally bad, but meeting science shows us there are concrete ways we can improve them. Leaders can be more organized, start on time, and encourage a safe sharing environment. Attendees can come prepared, be on time, and participate."

The researchers also recommended that meeting organizers send around an agenda, allow room for humor, do their best to encourage contributions, and make sure everyone's on the same page afterward by sending out meeting minutes. This allows people to actively participate in the meeting, instead of feeling like they have to be talked at for an hour.

In addition to following those recommendations, consider blocking off one day each week that are free of meetings, as suggested by Business Insider. No matter how much meetings improve, they're still tiring if you have them day after day.

These days can not only increase productivity, but they offer people a well-needed break, as Business Insider noted.

More often than not, meetings are considered a necessary evil, but they don't have to be evil at all. After all, science has spoken: meetings don't have to be the worst and it's not impossible to make them better.