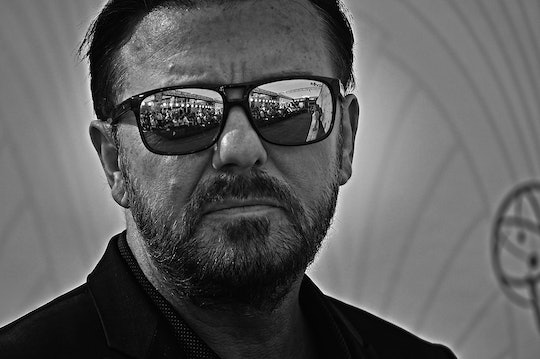 The fourth time must be the charm, because Ricky Gervais’ 2016 Golden Globes monologue was hilarious, but — as we’ve all come to expect from the seasoned British comedian — also rather offensive. Gervais’ previous Golden Globes hosting performances in 2010, 2011, and 2012 were all well-reviewed, yet also controversial due to Gervais’ unabashed takedowns of actors like Charlie Sheen, Robert Downey Jr., and Bruce Willis.

Some of the jokes in Gervais’ 2011 monologue, including a ruthless, if somewhat inexplicable, attack on the movie The Tourist, were so mean-spirited in their delivery that Hollywood actors and producers complained about Gervais’ performance. The Hollywood Foreign Press Association, the organization that puts on the Globes, distanced itself from Gervais, and Gervais told TMZ he wouldn’t ever host the Golden Globes again. But host again he did just the following year, though 2012’s opening monologue was more tepid, and less funny, than 2011’s.

The Globes took a three-year break from Gervais, perhaps to catch its breath, and in 2013, 2014, and 2015, Amy Poehler and Tina Fey co-hosted, to wide acclaim. But now, Gervais is back. Despite previous controversies, the Hollywood Foreign Press Association has welcomed Gervais' return with open arms. According to Deadline, HFPA president Lorenzo Soria said that Gervais’ “off-the-cuff wit and quirky charm will surely have the room and audiences around the world at the edge of their seats.”

Soria had a crystal ball, apparently, because Gervais’ 2016 monologue was on-point, minus the really bad jokes about Caitlyn Jenner. He arrived onstage wearing a super suave tux and tasting a glass of beer. Some choice zingers included:

"Thank you, shut up you disgusting pill-popping sexual deviant scum." (Not a bad way to greet the audience, right?)

Then: "NBC...the only network with zero nominations." (Way to insult the network that's paying him for his hosting duties!)

And, "Roman Polanski called it the best date movie ever." (In reference to Spotlight, of course.)

Gervais even picked on the well-liked Jennifer Lawrence, poking fun at her for lobbying for equal pay for women actors when she herself takes in $25 million per year. Gervais' jokes were well-received, but he did get some shocked gasps from the crowd when he suggested that Schindler's List was funnier than Pixels.

These types of offensive comments were totally expected, of course. Gervais even warned people of them. Several hours before his performance, Gervais sent out this gem of a Tweet, warning everyone of the coming offenses, and using a word that many people don’t exactly take kindly to.

Will Gervais top of tonight’s hilarity with even funnier — and more offensive — jokes next year? It seems likely. When it comes to Gervais, the more he pisses people off, the more successful he becomes.