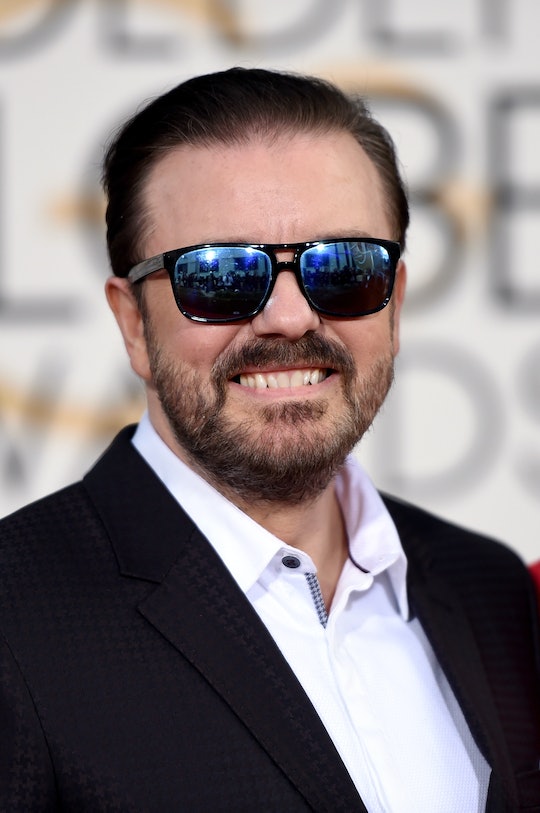 We all knew that Ricky Gervais was going to make some inappropriate jokes, but no one thought that the majority of his eight minute monologue would go after something so, well, not funny. Gervais' 2016 Golden Globes monologue made fun of Caitlyn Jenner, the transgender community, and its allies. The comedian opened up going after Jenner, stating: "I’m gonna be nice tonight. I’ve changed. Not as much as Bruce Jenner, obviously — now Caitlyn Jenner. She didn’t do a lot for women drivers. You can’t have everything, not at the same time."

Gervais is referencing Jenner's tragic car accident that took place last February on a California freeway. The multi-car pile up resulted in the death of Kimberly Howe, 70, whose stepchildren filed a lawsuit against Jenner. In August, the police decided there was not enough evidence to charge Jenner with manslaughter.

In just a couple lines, Gervais was able to be flip about Jenner's transition, make light of a death, and use a gendered stereotype that insults women. That's quite the three-for. If that wasn't enough, he went on to take a stab at Jeffrey Tambor, star of Transparent, because, haha, it's hard to "dress like a woman and tuck your balls in every day."

Gervais' attempt to be cutting edge backfired. Perhaps he thought his jokes would strike up a controversy — which they did — but they're more than just provocative. They're offensive. Really offensive. And after a year when the nation has come so far (there's still a long way to go, to be sure) in educating themselves about the trans experience, it's a slap in the face. Intersectional feminism and trans awareness allies are rightfully pissed.

There's nothing about Gervais' Jenner joke, his Transparent joke, nor his joke about women drivers that should be applauded for "going there." There's nothing brave about these jabs. They're weak. They're lame. And they set us back decades and decades.

More Like This
Why Is My Vaginal Area Dark?
'Call The Midwife' Has A Fascinating True Story Behind It
If You Like The Letter "E," You'll Love These Girl Names
18 Instagram Captions For Pictures Of Your Kid's First Swim