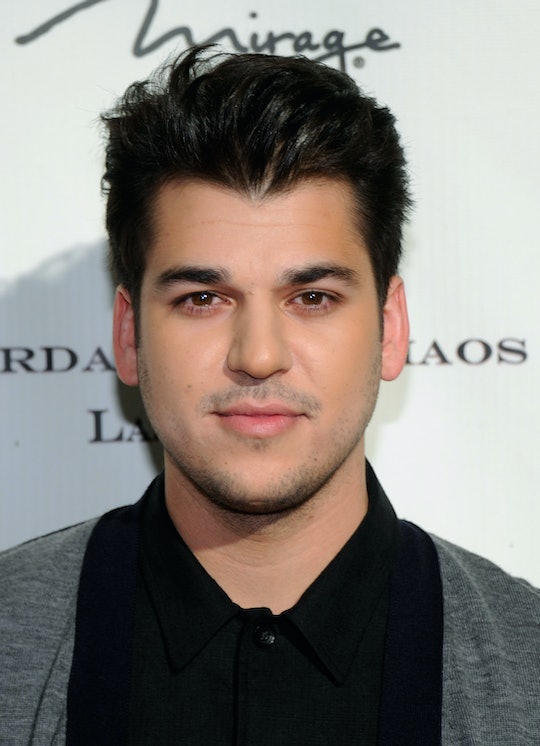 According to TMZ, Rob Kardashian has been hospitalized with a diagnosis of diabetes. The report claims the reality star "wasn't feeling well over the weekend," and checked into the hospital. The report also claimed that Kardashian was not aware that he had diabetes.

Fans of Keeping Up With The Kardashian and the famous family have not seen the reality star often. Unlike his famous sisters, Kardashian has avoided the public eye in recent months, and his family has shared their concern for him on the E! series. It's not clear exactly what has been plaguing the Kardashian son in recent months, though Khloé Kardashian has told reporters that the reality star has "a kind of social anxiety," while other reports claimed he was suffering from depression.

(Update: E! reports that Kardashian is no longer hospitalized, and that doctors told the reality star that he needs to focus on losing weight to improve his condition. Said a source, who also says Kardashian's blood sugar levels were high, to E!, "It was a wake up call.")

Coincidentally, Kardashian's mother, Kris Jenner, reached out to him on Instagram over the weekend, reposting an old image off of Khloé's account. Read Jenner's message for Kardashian:

If only you could see yourself through my eyes! I'll forever be obsessed with you! My one and only! #MyAce

And she also spoke out about Kardashian on Keeping Up With The Kardashians:

If I don't help him do something drastic, he's going to die. I'm just waiting for this horrible thing to happen and there's nothing we can do about it.

But what kicked off Kardashian's self-isolation? Khloé, speaking to press prior to Caitlyn Jenner's transition, claimed that her split with Lamar Odom might have contributed to Kardashian's pain.

Lamar was a father figure to Rob ... My dad died when he was 16. Bruce was great, but he was going through his own things that none of us understood at the time. Once Lamar left — and it’s not Lamar’s fault at all — I think Rob didn’t know where to go. He was like, 'I don’t have guidance anymore.'

Considering the Kardashian family has spent all too much time in hospitals in 2015, here's hoping for a speedy recovery for Kardashian.