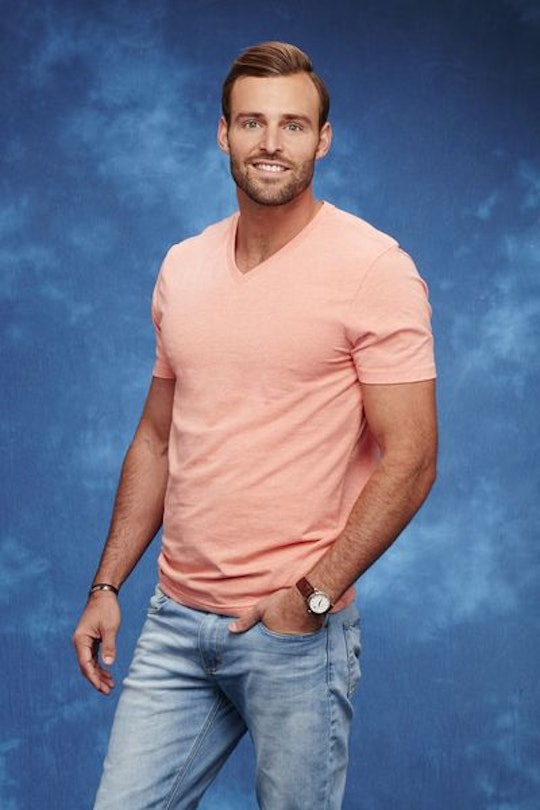 The day we have all been waiting for is finally here, #BachelorNation! The infamous hometown dates episode has arrived, and with it came lots of quirky family moments, L-bomb confessions, and, of course, loads of drama. This week, Robby was in the hot seat regarding his ex-girlfriend, Hope, and rumors that he dumped her because he got accepted onto the show. On Monday, Robby denies the ex-girlfriend rumors on The Bachelorette, and this time, he actually seemed very sincere.

If you have been keeping up with The Bachelorette, you know that Robby's ex has been an issue for quite some time. Rumors about Robby leaving Hope to be on The Bachelorette have been circulating since the very beginning, leading JoJo to question his intentions for being on the show. On Monday night's episode, Robby, once again, had to defend himself against these false accusations.

JoJo seemed super psyched to meet Robby's family, and once she did, it was clear that it made her relationship with him stronger. She even confided in his mom, admitting for the first time ever that she is falling in love with Robby. However, she kept bringing up the fact that she is having doubts about Robby's previous relationship actually being, and staying, in the past.

After Robby assured her that his chapter with Hope is closed, he receives some unfortunate news. Robby's mom tells him that Hope's roommate has been telling media that he dumped Hope to compete on The Bachelorette. Knowing that this was already a doubt in JoJo's mind, he was devastated, and immediately confronted JoJo. Once he fills her in on the rumors, JoJo asks him point blank for the truth. "Just be honest with me Robby, were you on and off?" she asks him. It was like her biggest fear was now being confirmed, and it was clear she was hesitant to move forward.

"I can tell you right now that it's not true," Robby responds. He goes on to say that their relationship ended roughly nine months before the show began, and it ended badly — in a huge fight and a slap, to be specific. In the past, I was unsure about whether Robby was telling the truth in regards to his ex, but this time, his explanation seemed real and raw. JoJo apparently felt the same way, because she seemed to be satisfied with his reply and appreciated his honesty. "Robby has been the most honest with his feelings, the most open, and the most real," she confesses afterwards. "I believe in who he is and how he makes me feel when I'm with him and I think the only thing to do at this point is to trust Robby." That pretty much says it all.

It was a tough conversation, but it had to be done.

Fingers crossed that things work out for these two!