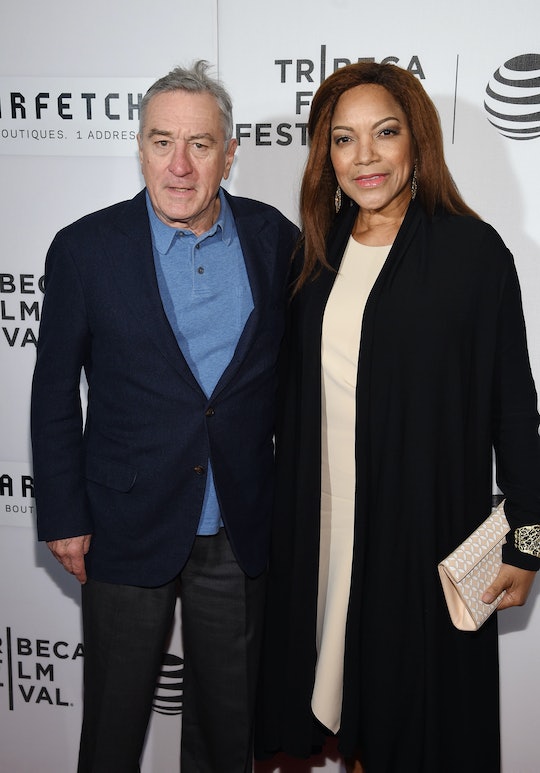 Despite pulling the fraudulent "documentary" Vaxxed: From Cover-Up To Catastrophe from the Tribeca Film Festival's schedule in March, Robert De Niro is not the vaccine champion many people had hoped for. Upon canceling the screening, the actor gave a wishy-washy statement that didn't seem to discredit the film at all, and in a TODAY interview on Wednesday, he doubled down on his controversial comments. So do Robert De Niro's vaccine comments make him an anti-vaxxer who only pulled the film because of outside pressure? It unfortunately doesn't look good. De Niro's representatives did not immediately respond to Romper's request for comment regarding whether he believes vaccines might cause autism.

When the screening was first scheduled, 72-year-old actor De Niro, who has a son with autism, said in a statement, "I am not personally endorsing the film, nor am I anti-vaccination; I am only providing the opportunity for a conversation around the issue." After the film was pulled, the actor released another statement:

My intent in screening this film was to provide an opportunity for conversation around an issue that is deeply personal to me and my family. But after reviewing it over the past few days with the Tribeca Film Festival team and others from the scientific community, we do not believe it contributes to or furthers the discussion I had hoped for.

Vaxxed is directed by Andrew Wakefield, a former doctor whom many blame for the current scourges of whooping cough, measles, and other preventable diseases that modern medicine had once almost eradicated. In 1998, Wakefield published a study in the medical journal The Lancet purporting to show a link between autism and the measles, mumps, and rubella vaccines. The study was found to be fraudulent and was later retracted, and Wakefield was stripped of his medical license, but the damage had already been done. Eighteen years later, parents are still rejecting science and going without necessary childhood vaccinations in a misguided attempt to prevent autism in their children. In countless studies, no link has ever been found between autism and any vaccine. Vaccines prevent dangerous, sometimes fatal diseases. They do not cause neurodevelopmental disorders, and never have.

Although the decision to pull the propaganda film from the festival was surely a win for those who side with science, De Niro's comments always struck me as "too little, too late," and his repeated references to starting "conversations" or "discussions" always left me feeling uneasy, because truly, science has said all there is to say. "Do vaccines cause autism?" "No." "But what about Dr. Wakefield's study?" "Mr. Wakefield is no longer a doctor, as his study was found to be fraudulent." "Oh, my, I'd no idea. I'll go get my child vaccinated right away, not only to protect him, but all the children he might come into contact with in our community." "Thank you for doing your part as both a good parent and a good citizen." "You're welcome, friend." There. That's the conversation. Done.

But, in an appearance on Today on Wednesday, De Niro made comments that seem even more problematic. According to Us Weekly, he first told TODAY host Willie Geist that "[t]here are many people who will come out and say 'I saw my kid change overnight.'" When asked if that's what happened to his 18-year-old son, Elliot, De Niro replied, "My wife says that. I don’t remember. But my child is autistic. And every kid is different." At first, it's easy enough to write off his comments as those of a loving husband who simply doesn't want to out his wife (Grace Hightower), which is somewhat noble, although it comes at the expense of children's health and well-being. And his comments only got worse as they continued:

I think the movie is something people should see. I, as a parent with a child who has autism, am concerned. I want to know the truth.

But scientists already know the truth. The truth is that Wakefield's study wasn't accurate and he deliberately falsified data. I can absolutely understand a parent wanting to know why their child was born with autism. Perhaps they feel that having someone to blame would lessen their pain, or even their guilt. But the fact is, vaccines are not to blame. Current research is looking into genetic and environmental factors, and recent studies have found that advanced parental age is a risk factor, but more work needs to be done. But even if the cause of Elliot's autism could eventually be nailed down, that won't "cure" him. It won't make his life any easier. Perhaps it's best for De Niro to focus on the future, on giving his son the best life possible with autism (which doesn't make a kid "broken" and is only further entrenched in stigma when we look for a something to "blame" for it), rather than fear-mongering and endangering yet another generation of children.