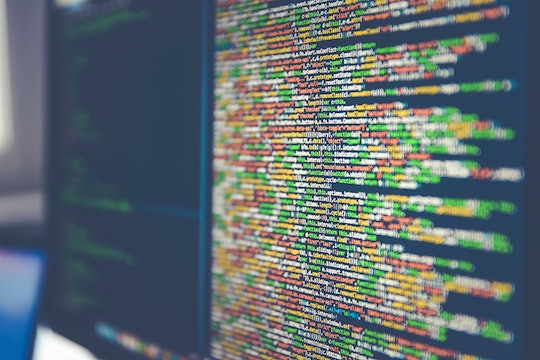 A recently leaked report has given much more insight as to how Russian hackers may have influenced the 2016 election. According to documents obtained by The Intercept, Russian hackers targeted voter registration officials with spear-phishing emails that had the potential to "[trigger] the installation of software that would allow the hackers to access the officials' computers," Slate reported. Already, someone is in hot water over the leak.

The National Security Agency document, which has been verified by CBS (as well as the NSA itself), notes that the attacks were orchestrated by the Russian General Staff Main Intelligence Directorate (called "GRU") as late as mere days before the election. In addition to targeting the voting officials' computers, the hackers also tried to gain access to accounts meant for absentee balloting "with the purpose of creating those accounts to mimic legitimate services," the report reads. In summary, the NSA document surmises that "Russian intelligence obtained and maintained access to elements of multiple U.S. state or local electoral boards" through their hacking.

Reality Leigh Winner, the alleged leaker of the NSA document, was charged with releasing the highly-classified material on Monday. Winner had top secret clearance while working in Georgia as a contractor with Pluribus International Corporation, thus giving her access to the information. The Department of Justice claimed that Winner "printed and improperly removed classified intelligence reporting, which contained classified national defense information from an intelligence community agency, and unlawfully retained it," while also allegedly "mail[ing] the intelligence reporting to an online news outlet."

Though relatively extensive, the initial report does not conclude the success of the hacks or state whether or not these efforts had an influence on the election. If they did prove successful, Slate estimated, the hacks could "alter or delete voter registration information in such a way as to strategically create delays and chaos at specific polling locations."

The Intercept also noted that the document was one piece of analysis and not a summary of multiple analyses by the NSA. The document also did not contain the specific data on which the findings are based. Still, the report is certain of two things: One, that Russian military intelligence orchestrated the hacking, and two, that these hacks occurred closer to Election Day than previously realized.

Though not fully conclusive, these leaks help to unravel potential election collusion between Donald Trump and Vladimir Putin. Both leaders have denied the connection, with Putin deflecting that "patriotically minded," private hackers could be to blame for the interference.