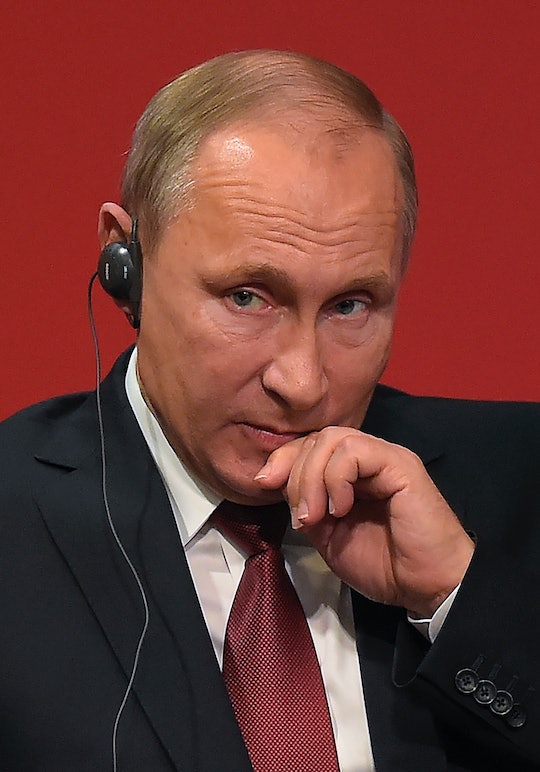 Russian Hacking: What We Know So Far & Why It's Important

Before he hands off the presidency to Donald Trump in January, President Obama expects to receive a review he has ordered into the intelligence community-confirmed Russian interference in the election, which the CIA now believes was intended to sway the election in his successor's favor. Although the Obama White House made public way back in October that it believes the antagonistic Russian government was behind a scourge of email hacks and leaks that would ultimately contribute to the crippling of Democrat Hillary Clinton's campaign, bombshell reports from The Washington Post and The New York Times published Friday were the first official confirmation that Russia's hacking operations were intended to do just that. Since then, Trump has vehemently denied the CIA's findings — and Americans have begun to learn the gravity of the fact that a foreign actor manipulated the democratic integrity this country reveres.

They're also dealing with the fact that its president-elect is actively working to undermine a key pillar of the United States' intelligence network, over which he will soon have control. "These are the same people that said Saddam Hussein had weapons of mass destruction," his transition team wrote in a statement addressing the revelations, in an obvious move to discredit the CIA.

But the assertion that Russia was, in fact, behind critical campaign flashpoints that weakened Clinton's credibility with voters — such as the massive unveiling via WikiLeaks of her campaign chairman's private online correspondences and the cyber attack on the Democratic National Committee's email servers that suggested the organization had conspired to toss her the primary win — cannot be ignored.

Much of the evidence that this is true, of course, is not available to the public for security reasons; Still, CIA briefers told senators at a Capitol Hill meeting last week that it is "quite clear," that this is the case, according to the Post, which cited anonymous officials who were present. And while it has identified specific individuals it believes to be responsible for the spying as well as ensuring that the information they wanted Americans to learn went public, there is no known proof that the Russian government actually directed them to share the DNC emails with WikiLeaks, for example.

There is even some disagreement between top agencies, with the law enforcement-oriented FBI displaying a reluctance to accuse Russia of targeted wrongdoing without evidence that would hold up in court, according to the Post. That ambiguity — as well as the many, many questions that remain about how, why, and whether Russia committed these crimes — has prompted four high-profile state senators to request a further investigation into the CIA's conclusion, CNN reported Sunday. The outlet added,

In a statement, the bipartisan group made their case: "While protecting classified material, we have an obligation to inform the public about recent cyberattacks that have cut to the heart of our free society. Democrats and Republicans must work together, and across the jurisdictional lines of the Congress, to examine these recent incidents thoroughly and devise comprehensive solutions to deter and defend against further cyber-attacks.

The bipartisan effort here is notable, because some Republican lawmakers have pushed back at the idea that Russian acted in a manner designed to boost Trump's chances of winning by denigrating his opponent. But one of the more convincing of the publicly known facts to support this conclusion is that, as The New York Times reported, intelligence officials have found that the hackers gained access to the Republican National Committee's servers as well, but elected not to leak the contents. This, of course, also spawns ever-more questions about the Kremlin's true motives.

Donald Trump is a president-elect who all by himself generates controversy at an alarming rate, meaning that there is a very real chance that the media will move on from this explosive revelation as he continues to make other headlines while transitioning into — and then assuming — the presidency. It's essential for all Americans to continue to closely examine the mysterious relationship between Trump and Russia's president, Vladimir Putin, even if knowing that his government worked to get Trump into the Oval Office won't change the fact that he'll be there soon.