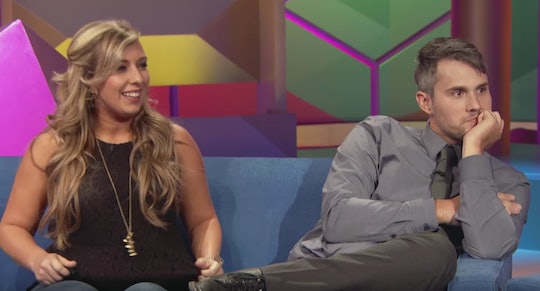 The Teen Mom OG family is growing in a brand new way. Throughout the years, fans of the show have watched the cast members and their families go through changes — from new relationships, to having new kids. So, those same fans will be delighted to know that Ryan from Teen Mom OG is expecting his second child with his wife, Mackenzie. If there is one show that loves talking about babies, it's Teen Mom.

It's hard to believe that it has been 10 years since the first episode of 16 & Pregnant aired. In that very first episode, people were introduced to teenager Maci Bookout, who was pregnant with her first child and engaged to her high school boyfriend, Ryan Edwards. Bookout gave birth to their son, Bentley, in 2008, but split from Edwards in 2010, according to Cosmopolitan. Fans have continued to keep up with their relationship as they struggle to find common ground and co-parent Bentley since the first episode of Teen Mom OG aired in 2009.

But everyone knows a lot can change in 10 years. In 2017, Edwards and then-girlfriend, Mackenzie Standifer, got married, according to Us Weekly, and in October 2018, they welcomed their son, Jagger. But just when you thought things couldn't get any busier for the duo, Standifer shared in a Saturday Instagram post that they're expecting a baby girl due in January. The mom-to-be shared a photo of her sonogram, accompanied by a caption that filled fans in on all of those pregnancy details that they were dying to know.

"Baby girl Edwards is coming in January!" she wrote in the caption of the photo.

Although Standifer turned off the comments for the photo, fans were still able to congratulate the couple on their very exciting news in a different post on Instagram.

"Congrats on the new baby!!" another commenter added.

If fans are this excited for them, then imagine how Standifer and Edwards must feel about this announcement. This means that they'll now be parents to two young kids within a matter of months. Jagger is only 8 months old at the time of this writing, after all.

Having two kids in diapers at the same time might seem a little stressful to some people, but clearly the couple is very happy. Although it's unclear how Bookout feels about the news, rest assured fans will see her reaction during a future episode of Teen Mom OG.

And it's just as likely that fans will get to see the couple announce this news on TV themselves. Although the couple quit the show in 2018, according to Us Weekly, they have appeared on screen during this current season, and have let fans in on their latest life developments. As previously stated, so much has happened in their lives over the course of 10 years, and cameras have been there to capture every single up and down. This pregnancy news is one of the more exciting things to happen to them besides the birth of Jagger, so there's a lot to celebrate at the moment. Congratulations to Standifer and Edwards!