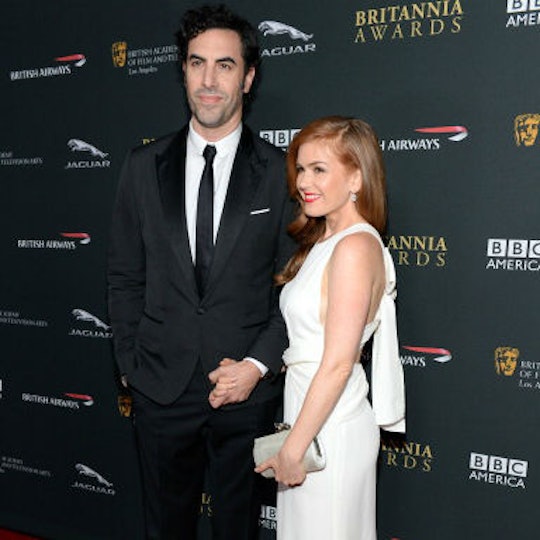 On Sunday, Save the Children and the International Rescue Committee (IRC) announced that Sacha Baron Cohen and Ilsa Fisher donated $1 million to help Syrian refugees. Half the amount will go to Save the Children to provide measles vaccines for children in northern Syria, while the IRC will use the other half to provide Syrian refugees with shelter, health care, and sanitation.

The conflict in Syria has become a bigger picture as the year comes to a close. The turmoil has forced over four million to flee the nation, and millions of others to relocate within the country in an attempt to escape violence. According to World Vision, 13.5 million Syrians are in need of humanitarian assistance, and millions of Syrian children have been forced to quit their studies due to the conflict.

It's a crisis that needs all the help it can get, especially as terrorism stokes fears about accepting refugees in the United States (currently, 31 state representatives have said they do not want to accept refugees.) Seeing celebrities like Baron Cohen and Fisher aid in the relief serves a motivator for ordinary people to help as well. Of course, these two A-listers aren't the only ones to help Syrian refugees. Here are six other celebrities who are helping the cause and adding fuel to promoting acceptance and assistance.