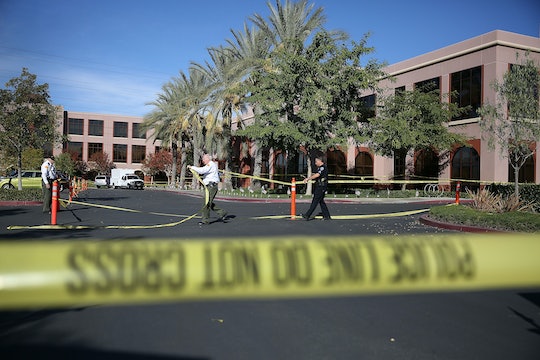 According to the FBI and Enrique Marquez, the neighbor of the man at the center of last week’s massacre in San Bernardino, California, suspect Syed Rizwan Farook was conspiring to attack a specific target three years ago. While no one has said how serious the 2012 plotting incident became, nor has the target been revealed or confirmed, according to the report, "the two [Farook and Marquez] decided not to go through with the...attack after a round of terror-related arrests in the area. [In short,] they got spooked."

While it is not clear why Marquez has stepped forward and — essentially — incriminated himself, he told investigators that while he knew Farook had radical beliefs, he was not aware that he and his wife, Tashfeen Malik, intended to carry out the shootings while killed 14 people, and wounded 21 others. Since speaking with authorities, Marquez has checked himself into a mental health facility. (It should also be noted the FBI is still trying to assess his credibility.)

Additional information has also shown that the couple, who met online, radicalized before they were engaged, and before Malik was given clearance to enter the country in 2014.

F.B.I. director James B. Comey said that the couple had been "talking to each other about jihad and martyrdom before they became engaged and married and were living in the U.S."

This timing indicates that they formulated the idea of an attack well before ISIS emerged as a major terrorist threat.