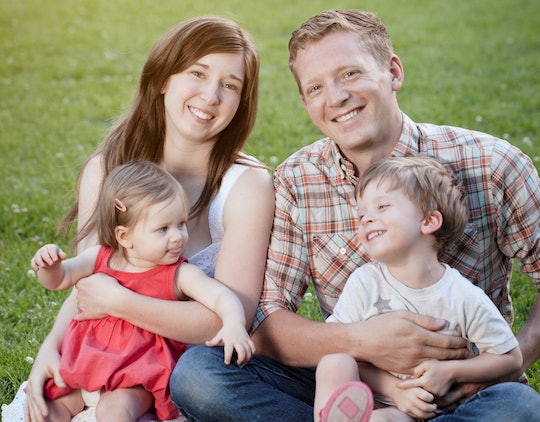 You Know What? I Agree With Sarah Silverman

Sarah Silverman has never shied away from the fact that children might not jive with her lifestyle, but the comedian struck a nerve on Monday when Silverman tweeted she couldn’t have children and live her fullest life. Citing the fact that she travels often in her jam-packed comedy career, she implied there was a clear-cut choice to be made between having a child or having a fulfilling life and career.

As you might expect, a lot of women with children didn’t dig her sentiment. Moms took to Twitter to wax poetic about how their lives didn’t become full until they had children. Other touted the late Joan Rivers for being able to balance a family and all-star comedy career perfectly well. Moms went on the attack, determined to prove Silverman wrong for choosing a career over children. “You can do both!” they shouted, as if they were the first to ever think of such a novel, progressive concept.

But here’s the thing, Silverman said motherhood wouldn’t allow her to live her fullest life, and that’s a totally legitimate thing for her to say. She never said other people couldn’t live their fullest lives with kids or that a career and motherhood are inherently incompatible. Many women do both and love it. They tap into a whole new level of themselves and flourish in their careers and wouldn’t want it any other way. However, some women don’t want to — some choose career and some choose motherhood — and we should be able to accept and support either choice.

But all too often, that’s not what we do. We bring an "us" versus "them" tone to the table when we juxtapose the experience of being a mother with choosing to remain childless. We talk about how nothing compares to bringing a new life into the world. We tell the world that motherhood has transformed us into better, kinder human beings. We tout our maturity, resilience, stability, sense of purpose, responsible nature and more — all the things we never would've known about ourselves if it hadn’t been motherhood. We talk about the people we were before we had children: how we were selfish and aimless and how we just didn’t know. We talk about how much harder our lives are now, but how the struggle has made us stronger and better. But when we go on the defense in this way, saying how much better motherhood made our lives, we aren’t just talking about us. Often what we’re really saying, is that by comparison, our lives are more worthwhile, more meaningful, than the lives of our childless peers.

We continue to drag along the damaging diatribe that says women without kids don’t know what they’re missing, that they’ll turn a corner someday and regret their whole lives. It makes me wonder: Why do we as moms feel so entitled to talk about how our lives are so much fuller than the lives of the child-free?

For me, my life didn't automatically get better when I had kids. In fact, it got really difficult as I struggled through postpartum depression for a year after my son was born. I wondered if I had made the right choice for a long time, but I didn't feel like I could voice that fear because then all those judgmental people who said I was "too young to have kids" would have been right.

I personally do not feel my life would feel full without children, but that is only because motherhood was the path I so desperately wanted.

I wondered about the life that could have been. I wondered if it might have been better, fuller. Of course, six years and three kids later, I feel confident in the life I chose. I personally do not feel my life would feel full without children, but that is only because motherhood was the path I so desperately wanted. For another woman to say she could not have a full life with kids is equally true. Saying so is not a judgment on my choice — it is a proclamation of hers.

When we defend motherhood so vehemently against women who are childless by choice, we perpetuate the idea that there is something inherently wrong about choosing to not have kids. We continue to drag along the damaging diatribe that says women without kids don’t know what they’re missing, that they’ll turn a corner someday and regret their whole lives. It makes me wonder: Why do we as moms feel so entitled to talk about how our lives are so much fuller than the lives of the child-free?

Maybe it's because we feel the need to justify the lives we’ve chosen because we feel judged or ostracized for choosing motherhood over career or feel buried under guilt for being working moms. Maybe we're overcompensating in the telling of our stories because we feel like we have something to prove. But where does it end? When do we stop pitting ourselves against our peers because they have made the choice that is right for them?

I get it, I do. I often felt like I needed to defend my choice to have kids early while my friends were going to grad school or traveling abroad and I was at home unsure of what my future held (except diapers). I felt judged for making this choice while everyone around me said I didn't know what I wanted. I didn't know what I was getting into.

Personally, I trust Silverman when she says she couldn’t live her best life if she had kids. I trust that her decision comes from a place of knowing herself, not from some misguided notion that kids and a career cannot be done. Plenty of women have proven it can be done, and be done well. That still doesn’t mean it's the right choice for everyone. That doesn’t mean we can’t or shouldn’t wholeheartedly support women who look at motherhood and know it isn’t for them. We need to respect each other as women instead of trying to prove we’ve made the “better” choice. Isn't it more important that women get to make the choices that make their lives full, regardless of whether or not they have kids? Isn’t that an idea we can all get behind?