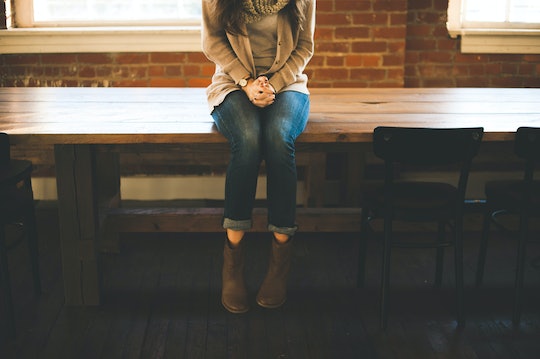 School Dress Codes Are Totally Out Of Control, & Girls Are Finally Speaking Up

You wouldn’t think that a high school administrator could be totally obsessed with fashion, but a Michigan high school principal is getting very Project Runway about things. Just not in a good way. Over in Grand Rapids, high school principal Jim Bazen is allegedly taking the dress code very seriously and not skirting (ahem) around the issues. This principal allegedly wrote an open letter to his local paper, The Grand Rapids Press, that school dress codes protect girls’ modesty. In his own words:

You admit that dress codes exist to limit distraction. I believe you agree that if young ladies are scantily clad, the young men will look at them not as persons, but as sex objects. However, you say that harping on the young ladies to "cover-up" does more harm than good. To me, that's a double standard because as a female you will never completely understand the male mind

He somehow manages to be properly sexist, not only judging girls as objects but explaining that the boys’ minds are feeble. Here are some of his theories on boys:

Being wired more visual, males are attracted to shape and skin. Yes, a lot of bare skin or tightly covered (Spandex!) skin is a sexual distraction to a male.

A dress-code policy stating "Women, dress how you wish" and at the same time expecting the guys to keep their eyes off young ladies with shirts revealing their cleavage, short skirt, tight pants/leggings, shorty shorts, or tight shirt, is like walking out into the rain and expecting not to get wet.

A young man will not think of a respectfully dressed young woman as a 'sex object' but is more likely to see her for who she is. A young man may have no intention to lust, yet when an immodestly dressed girl passes him in the hall, he will think sexual thoughts.

Every school has dress codes and more often then not, they are targeted to girls. In New Jersey, they’ve banned leggings. Other schools won't even let a girl have holes in her jeans, even if they are fashionable holes you spend a hundred bucks on. But if you've found yourself wondering about your kids' dress code, you aren't alone. Hordes of girls across the country have taken to Twitter with #IAmMoreThanADistraction to protest their school dress codes.

The struggle is most definitely real, on both sides. It's hard to wrangle a bunch of teens all day. And of course, teenagers are checking each other out. But that probably has more to do with puberty than with cut-off jeans.